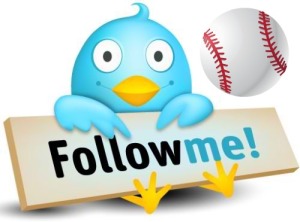 In an age where social media has taken the world by storm, we shouldn’t be too surprised that professional athletes have also decided to take part in the global phenomenon known as Twitter. Athletes from every sport imaginable can be found on Twitter, ranging from the NBA, NFL, NHL, and MLB, to tennis and soccer stars. Twitter has definitely made these athletes more accessible to the fans. Some use their accounts more than others and are great about responding to fans, while others sometimes fall off the wagon. Either way, it’s a fun way to keep up with your favorite players and sports teams.

Those of you not currently using Twitter may be asking yourselves, “what does Twitter provide for Cardinal fans and is it even worth my time?” The answer to this question is not easy because it depends on the individual. Personally, I love using Twitter during Cardinal games to interact with fellow Cards fans. It’s fun to share each exciting home run, major strikeout or sliding outfield catch with other fans. At the same time, you can also commiserate with fellow fans when things aren’t going so well for the team.

Twitter also provides an excellent source for all the breaking Cardinal news during and after the season. Several major sports media writers use Twitter, as well as Fox Sports Midwest (@Fox_Sports_MW), which carries almost every Cardinal game during the season. Twitter proved to be an ample supplier of Albert Pujols-related news and rumors up until the deadline to sign him passed. Some media sources are more reliable than others and you have to be careful who you choose believe. Some you honestly just have to take with a grain of salt.

Aside from the media sources, there a handful of Cardinals’ players, and even the skipper, Tony LaRussa (@TonyLaRussa), currently using Twitter. The first Cardinal I became aware of on Twitter was Matt Holliday (@mattholliday7). He began his account in January 2010 and his last tweet was over a year ago. I’m under the impression Holliday has either forgotten about his Twitter account or has decided to abandon it. I would love to see him start tweeting again, even if it isn’t all that often. I know other Cardinal fans would love to hear more from him too.

Closer Ryan Franklin (@franky3131) has also taken to Twitter to interact with fans. I just recently became aware of his account, but he started tweeting back in March 2009. However, it looks like he took a reprieve until January 2011. He is really good about tweeting people back and answering questions as best he can. I actually just received my first tweet from him the other day, and I won’t lie, I was really excited. We’ll have to wait and see how well he keeps up with Twitter once the season gets under way.

Jon Jay (@jonjayU) is the most recent Cardinal to begin tweeting. He just started his account on Valentine’s Day and his inaugural tweet was, “So I was supposed to leave for Jupiter at 6am but decided since I’m so fired up and can’t sleep I’ll just go now Goodbye305 Hello Season.” Since he’s fairly new to the world of Twitter, I think he’s still getting the hang of it, but from what I can see, he seems more than willing to tweet as many fans as he can. I really hope he continues to tweet throughout the rest of spring training, and even the season.

It’s always neat to see the game from a different perspective and I think Twitter gives fans the opportunity to somewhat see baseball through the eyes of the players. Twitter also gives fans the chance to feel like they know the players off the field. We’ve already learned Jon Jay is an avid shoe collector, something we never would have known without Twitter. Just knowing I can tweet one of the Cardinals to say, “good game” or “way to go,” makes me feel like I know them a little better because they actually know I exist.

Recently Reds’ infielder Brandon Phillips (@datdudebp) started a Twitter account. I’m sure most Cardinal fans remember him as the individual who called the Cardinals a name which is not even worth repeating. I think this should be interesting. Hopefully Phillips will remain professional, like most of the other athletes on Twitter. However, I have no doubt in my mind that Cardinal fans would take to Twitter to let Phillips know exactly how they feel about him if he so much as says one nasty thing about the Cardinals this season.

Reds’ manager Dusty Baker doesn’t seem too keen on the idea of Phillips on Twitter, “You’ve got to be careful,” Baker said. “You’re setting yourself up for more controversy. Be ready for it. You handle it and don’t bring it on the team.” It appears as though Dusty Baker will let Phillips know if he crosses a line on Twitter while interacting with fans. Personally, I won’t be following Phillips because it’s too much of temptation for me to tell him how I really feel about him.