Could Ryne Sandberg join the “right side of the rivalry” and become the new St. Louis Cardinals manager?

Sandberg interviewed for the Cards managerial job yesterday, as did Jose Oquendo. They were the final two of the six candidates, with a decision not expected until sometime next week at the earliest according to general manger John Mozeliak.

So  what about Ryno as manager — a Cubs Hall of Fame second baseman joining the Cardinals? For me it’s not such a crazy move, and I’m not saying that only because I was a Cubs fan once upon a time.

Sandberg worked his way up the managerial ranks in the minor leagues, and it’s all been since he was inducted into the Hall of Fame in 2005. He began managing the Class A Peoria Chiefs in 2007 and, after two years, moved up to the Double-A Tennessee Smokies. In 2010 he managed the Triple-A Iowa Cubs and was named the Pacific Coast League Manager of the Year. This season, he managed the Phillies Triple-A team, the Lehigh Valley IronPigs.

And he’s had success as a manager. His record is 364-341. He led the Smokies to the Southern League finals in 2009, and the Iowa Cubs had one of their best seasons ever in 2010. (They also just missed out on making the playoffs, thanks to the Memphis Redbirds.) Then there’s 2011:

With Sandberg at the helm of the IronPigs in 2011, the club set a franchise record with 80 wins while advancing to the International League post-season for the first time in club history. Prior to Sandberg’s arrival the team went just 184-247 (.427) during their first three campaigns in the Lehigh Valley.

Familiarity with the Cardinals as a franchise? Of course.

“I know the terrific history of the St. Louis Cardinals and what that franchise means from my 16 years of playing as a rival,” Sandberg said. “The competition on both sides of that rivalry was respectful and at it’s best for so long. We had some battles, and I think as a competitor you had to respect the level that each team played.

Knowledge of today’s Cardinals? As the Iowa Cubs manager, his team faced a Redbirds team that included Allen Craig, Daniel Descalso, Tyler Greene, Jon Jay, Lance Lynn and Fernando Salas, plus he faced some of the same players when he managed at Peoria in 2007-2008. He’s familiar with the younger Cards, and their capabilities. 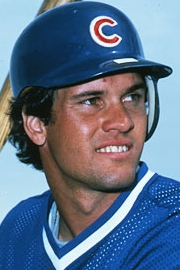 The Ryne I most remember

And being a Hall of Fame Cub — one who long-time Cardinals fans remember not very fondly for a particular game in June 1984 — coming to St. Louis? He gets that too.

“I’m a competitive person. I’m loyal to my uniform. I’m loyal to the organization that is going to give me a shot. If I come into Wrigley Field as an opposing manager, I probably would get an ovation to start, maybe in that first time. But if over time those turn to less of an ovation or boos, then I know that means I’m doing my job as an opponent.”

As I said, I was a Cubs fan earlier in life (so, personally, I’ve always loved that June 23, 1984, game). And I’ve always liked Ryne Sandberg from his playing days on (although he was the one and only member of the 1988 Cubs I never had a chance to meet during my internship). I saw him manage several Chiefs games in 2007-2008 when the team was playing the River Bandits, and he definitely has a spark to him — he’s not afraid to challenge an umpire’s call.

Given his minor league managerial record, I would love to see what he can do now at the major league level. He deserves that opportunity. So, yes, why not Ryne Sandberg as Cardinals manager?

Besides, anything that can tick off all those Cubs fans I know (even to only tick them off a little bit) is more than OK with me.

4 thoughts on “Why Not Ryne Sandberg As Cardinals Manager?”