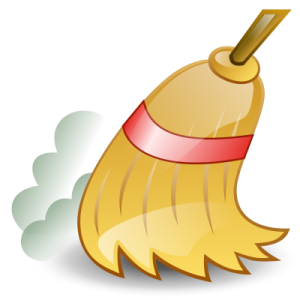 How about that offense? Thirty runs and 41 hits added up to a sweep for the St. Louis Cardinals over the Royals in Kansas City this weekend.

So the bats and the brooms were out …

This is the Cardinals third sweep of the season, with the other two coming more than a month ago: a road sweep of the Diamondbacks May 7-9 and a home sweep of the Padres May 21-23.

And, of course, this sweep was over the team that took two of three from the Cardinals last weekend in St. Louis — although the Cards added two key players in Jon Jay and Matt Carpenter on Friday. Both contributed to the weekend’s offensive outburst too.

Once again the scoring came early and often for the Cardinals today, although interestingly they ended up with 11 runs on only eight hits.

Carlos Beltran was a key contributor (not surprisingly), hitting a three-run home run in the first inning with Allen Craig and Matt Holliday on base. It’s the 20th homer of the season for Carlos, which puts him into a tie with Ryan Braun for the NL lead. He also has 56 RBI, one more than Andre Ethier had before his game today.

Craig and Holliday were in the thick of the offense all day long. AC had two hits, two RBI and scored two runs, while Matty had a double, two RBI, two walks and also scored two runs.

Even with a 3-0 first inning lead, it was a back-and-forth game. Lance Lynn was not very sharp today, allowing a two-run homer to Mike Moustakas in the first plus another homer to Moose that began a three-run fifth inning for the Royals that tied the game at 5-5.

A Yadi homer put the Cards on top in the sixth, but Lynn gave up back-to-back singles with one out in the bottom of the inning. That was it for him as Victor Marte entered the game with runners at first and third. A ground-out allowed Jeff Francoeur to score the tying run and gave Wolf Pup six runs allowed on the day.

The Cards took the lead for good in the top of the seventh, as David Freese singled to score Matt Holliday — who had walked and then stole second. (One thing I forgot to mention above.) It was a nice hit by Freeser … and then he got thrown out at second. Oops.

He made up for it, though, with a great bare-handed pick up to throw out Billy Butler to end a Royals scoring threat in the bottom of the seventh. Check it out here.

Some Cardinals insurance runs came in the top of the eighth courtesy of a Matt Carpenter triple, Daniel Descalso single, bases loaded single by Craig (with both Shane Robinson and Rafael Furcal on base via intentional walk) and Holliday sac fly.

Fun fact: the triple by Lil Carp was his fourth of the season. Last Cardinal rookie with four triples? Joe Thurston!

(I know, we all want to forget about him. But since I learned that tidbit on Twitter, I needed to share.)

Birthday boy Sam Freeman, who turns 25 today, celebrated by finishing out the game for the Cardinals. He made things a little more interesting than necessary, with a walk and a homer, but he did strike out Moustakas.

The win by the Cardinals combined with the losses by the Reds (thank you, Twins) and Pirates (thank you, Tigers) mean that the Cardinals are only two games back in the NL Central at the moment. And, as Michael mentioned on a comment to yesterday’s post, the Cards are now three games over .500 for the first time since June 9.

Tomorrow, the Cardinals are in Miami to start a three-game series with the Marlins. Let’s hope the success from the first-ever game played at Marlins Park, way back on April 4, combined with the renewed offense carries over into this series. Jake Westbrook looks continue his stretch of great pitching, taking on Ricky Nolasco. Game time is 6:10 p.m. Central Time.