I could write about yesterday’s horrible game — but what new is there to say?

Here are the facts: the Cardinals lost 3-2 to the Reds in 10 innings. It was ugly.

Double-digit runners left on base again. Victor Marte having another bad outing again. (On the positive for the bullpen: way to go, Fernando Salas and Marc Rzepczynski. And our guy Barret Browning faced the same three hitters as Friday night, with the same results — outs by Joey Votto and Jay Bruce sandwiched a Brandon Phillips hit.) Very curious lineup moves by Mike Matheny, like sending up a terrified looking Tyler Greene to pinch-hit with the bases loaded. (Of course he ended the inning.)

And complaining about Thom Brennaman (more than I did in Twitter, anyway) would give me a headache.

Instead, pictures to make us feel better. And remember better, happier days. 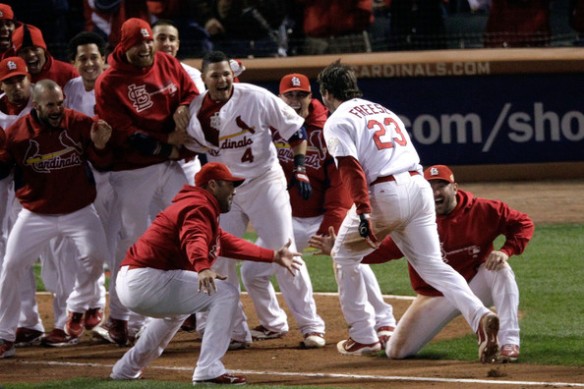 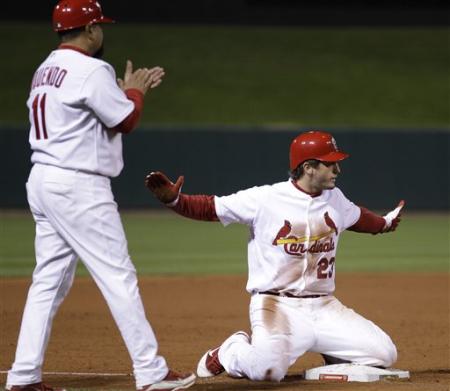 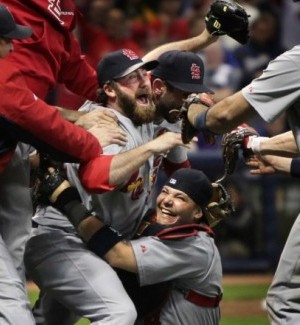 And, in honor of Barret Browning, another haiku:

Tonight the Cards will try to avoid being swept by the Reds. Coincidentally Johnny Cueto suddenly developed a blister and can’t make his start, so Homer Bailey is filling in. Jake Westbrook goes for the Cardinals.

4 thoughts on “To Soothe You After That Awful Cardinals Loss …”