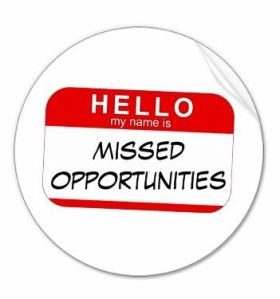 How many times could that sentence have been written so far this season? Many — too many, actually.

And the disappointments started in the very first inning.

Jenifer Langosch wrote this to describe how Jeff Samardzija began the game:

The Cubs’ starter opened his outing with seven straight balls. Sixteen pitches into the inning, Samardzija had walked the bases full.

He took a visit from pitching coach Chris Bosio as Carlos Beltran walked to the plate.

But rather than forcing Samardzija into proving he could command the strike zone, Beltran swung at the first pitch. It resulted in a weak groundout, scoring one run. Five pitches later, Samardzija was out of the inning with no further damage done.

Yes, the Cardinals old nemesis — runners left on base — was back in earnest today. Nine left total, even as the Cards were gifted with seven total walks.

And the victim of the non-run-scoring was none other than tough luck Joe Kelly. After giving up a single, double and two-run triple in the first, Joe retired 14 straight Cubs — no one else got on base until David DeJesus singled to lead off the bottom of the sixth. And he entered new territory by finally pitching in the seventh inning, although it didn’t go as well as the rest of the game had.

A lead-off walk — Joe’s only walk of the day — and a single put runners at first and third with the score tied at 2-2. After a line-out to Skip Schumaker at second, Joe’s day was done. In came Brian Fuentes, and things were OK against Luis Valbuena — he struck out. Reed Johnson came on to pinch-hit and, unfortunately, executed a great bunt that put the Cubs ahead.

That’s where things stayed too. So Baby Giraffe ends up with the loss.

The Cardinals final pitcher of the day was Barret Browning, and our guy excelled yet again.

Repetitive, yes.
But you always have come through.
Retired them all.

(When all else fails, write a haiku — right?)

No David Freese at all today, so Miranda’s birthday request of a homer will just have to be a belated gift. (Happy birthday!)

Tomorrow is the series finale beginning at 1:20 p.m., with Adam Wainwright and Paul Maholm starting.