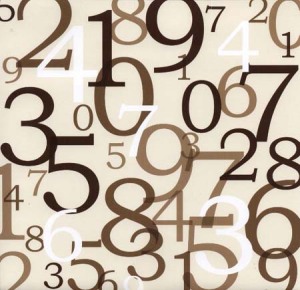 That keeps them at third place in the NL Central, which they’ve been in since June 29. Thanks to the Cubs, they’ve moved back up to five games back since the Reds are in a now five-game losing streak. (Keep going, Cubbies!) The Cards are 2 1/2 games behind the second-place Pirates, as well as 2 1/2 games back in the wild card race to Pittsburgh and Atlanta.

So what’s that all mean?

That the Cardinals have won 61 games and lost 51. Period.

Because, really, what do any of us know about how things will play out in the next 7 1/2 weeks of the regular season that still remain?

As we all learned very well last year, anything can happen.

Yes, of course — a happy ending came after those Aug. 10 and 25 records thanks to a miraculous comeback. Please don’t forget, though, that also was the result of an epic Braves collapse. One more win by the Braves at any point during the 2011 season and everything would have ended differently. Thankfully, it didn’t — but the September to remember needed both the Cardinals and the Braves.

On Aug. 10, 2010, another date that unfortunately lives in Cardinals infamy, St. Louis was 63-49 and tied for first in the NL Central with the Reds. Fourteen games over .500! A win the next day put the Cards in sole possession of first, where they remained … for a few more days. By Aug. 15, the Cards were in second place to stay.

All of which is to say I am very happy the 2012 Cardinals are 61-51. And, though I know others can’t stand talk of the Pythagorean record or run differential, I also am glad they are catching up to that record of 66-45. Positive things have happened this season for sure, especially lately. They’re 6-3 in August, 16-11 since the All-Star break.

But I don’t know how this predicts their record on Sept. 10, or even on Aug. 25. Nor do I know what it means for the rest of the season. Of course I want the Cardinals to make it to the post-season again — what fan doesn’t? Coolstandings.com says there’s currently a 54.3 percent chance of that happening. And we’ve definitely watched a team very capable of playing in October.

We’ve also watched a team struggle and look flat more often than we’ve wanted them to. And we’ve all complained from time to time about a rookie manager making questionable decisions as he learns on the job.

So here’s what we can do for the next 50 games: enjoy them, whatever each day brings. There could be, and hopefully will be, plenty of wins and happy moments and excitement.

There could not be too.

But the truth is there are only 50 games left. And we’ll figure out by then just what memories we’ll really have of the 2012 season.