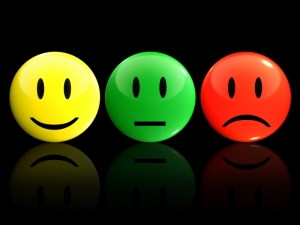 Extra-long extra inning games always have an interesting epic quality to them. To keep going inning and inning, hour after hour, there obviously has to be a combination of good pitching and little hitting — otherwise it wouldn’t continue.

Good pitching and little hitting were in abundance during yesterday’s afternoon-turned-to-evening loss by the St. Louis Cardinals to the Pittsburgh Pirates. And while there were bright spots, ultimately the game — and weekend series — were disappointments. Tough to lose two of three to the team you’re battling for a wild card spot … and especially with the way these two losses played out.

Here’s a closer look at the good, bad and ugly of the 19 inning marathon.

Jaime Garcia’s pitching: After not starting a major league game since June 5, Jaime came back from the disabled list with his best performance of the year. He pitched a season-high eight innings and had a career-high 10 strikeouts, allowing two unearned runs (more coming on those) on five hits with no walks.

Joe Kelly: As we know, of course, the Baby Giraffe went to the bullpen with Jaime returning. Yet Sunday was his regular day to start, meaning the Cardinals had a definite advantage with him coming on in relief. And he did his job, throwing 87 pitches in 5 2/3 innings while giving up four hits, two walks and striking out four. He was charged with the run in the 17th after giving up a lead-off hit to pinch-hitting pitcher James McDonald.

Bullpen minus Barret Browning: Jason Motte, Mitchell Boggs and Edward Mujica appeared in reverse order to what they usually do, pitching the ninth, 10th and 11th innings yet still doing what they’re coming to do best: throw scoreless innings. They weren’t the prettiest — Boggs walked two, Mujica gave up a hit and a walk — but they were scoreless. Marc Rzepczynski gave up the hit that scored the 17th inning run, but then retired the side. Fernando Salas gave up a hit but struck out two in an obviously scoreless 18th inning.

17th inning comeback: The Pirates took a 3-2 lead in the top of the 17th, but the Cards came right back. Yadier Molina singled to lead it off, and was replaced by pinch-runner Ryan Jackson. (After catching 17 innings, thankfully today’s an off day.) Jackson went to third on Skip Schumaker’s only hit of the long day, then scored on a sac fly by Tony Cruz.

Carlos Beltran: He had three stolen bases in the game — and all came after the 13th inning. According to Jenifer Langosch, this is the fourth time in his career he’s stolen three in a game (but the last time was in 2008). Carlos also gave the Cards a lead in the fourth inning with a double that scored Allen Craig and Holliday plus he singled in the 18th.

Jon Jay: He had three hits on the day … with the first coming in the 13th inning. He also had some great defensive plays in center.

Adam Wainwright pinch-hitting: By the 18th inning, the Pirates had Tuesday’s scheduled starter, Wandy Rodriguez, pitching. The Cardinals too were out of bench players, so Adam went up to pinch-hit. And he showed patience at the plate by walking — which of course was noticed by his fellow pitchers.

Jaime Garcia’s fielding: As mentioned, the two runs allowed by Jaime were unearned — because of his own fielding in the sixth inning. Here’s Jenifer Langosch’s description of the miscues:

After not fielding a chopper to his right to lead off the sixth, Garcia couldn’t cleanly field a sacrifice bunt. Both runners reached. Both eventually scored.

“Before I even got to the play, I was already trying to throw it,” Garcia said. “I have to make that play, especially with the pitcher. It’s an easy out.”

Allen Craig leaving the game: AC has been one of the Cardinals hottest hitters — and he was removed after a lead-off single in the bottom of the ninth for pinch-runner Daniel Descalso. DD subsequently played nine innings at first base.

No fun: One of the beauties of long extra inning games is the odd situations that result. With Joe Kelly able to pitch so many innings, there was no need for any Joe Mather appearances on the mound or Kyle Lohse playing left field like we had in the Mets-Cards 20 inning battle in 2010. But people were definitely hoping for it, based on this tweet and this tweet received by our AMF account.

Missed opportunities: A team doesn’t play 19 innings and score only three runs on 11 hits without some missed chances along the way — 13 runners left on, for one thing. That said, a team also doesn’t lose a 19-inning game based just on what one or two individuals did or didn’t do, not even the following …

The 0-fers: Matt Holliday and David Freese were hitless in 15 at-bats — seven for Holliday (he walked once), eight for Freeser.

Barret Browning: And then came the 19th inning. Barret was the final pitcher available, and things did not go well. A homer by Pedro Alvarez, who was basically a threat every time he was up given his past success against the Cards, gave the Pirates a lead. Two more hits and a walk gave Andrew McCutchen the opportunity to drive in two more runs. And that was that. In addition, that’s baseball — as Barret discovered in going from the high of his first major league win to losing an epic game in the span of 24 hours. So it goes …

The biggest missed opportunity of the game, and the weekend was the chance to move up in the wild card race. Right now the Cardinals are two games behind the Braves and Pirates, with the Giants one game back. The Cards have 41 games remaining.

To end on a lighter note since today is an off day to dwell on what might have been, a look at The Jason Motte Garden Gnome giveaway held by the Quad Cities River Bandits on Saturday night. (Yes, “the” — that’s what the box says.)