It would appear the string of Astros-Cubs-Astros series couldn’t have come at a better time. The Cardinals who, this time last week, were clinging to the second Wild Card spot with the Dodgers and Brewers clawing back into the race, have now won seven of the last eight. With the Dodgers and Brewers faltering, the WC lead is now 4.5 with just nine days left in the regular season.

Last night’s win wasn’t the prettiest of sorts, in some regards. But then again, it was a Jaime Garcia road start that ended in a shutout … of the home team. 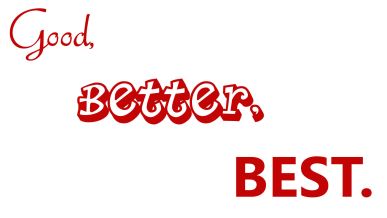 When Jaime Garcia makes it to the “best” section, it’s probably going to be a good game!

Just a few weeks ago at the United Cardinal Bloggers Weekend event, I started joking about Pete Kozma hitting a two-run homer. Everytime he stepped up to the plate, it was bound to happen! … I didn’t ever really expect it to happen! And, although not a homerun, he once again knocked in a big run, extending the Redbird lead to 3-0 in the top of the 8th.

Okay, I know. He also had two fielding errors on the night. And he did ground into a double play. And I’m not sure when or why he leapfrogged Ryan Jackson on the depth chart. But, in the last three games he’s 5-for-10 with two homers, and four RBI.

When the rest of the bats go quiet (like leaving 10 runners on base last night), Petey’s heating up!

I love a little “Straight Heat” as much as anybody, but it was definitely a good thing to see Jason Motte get the night off — not just for the day off, but because the Cards were finally in a non-save situation at the end of the game.

Motte has pitched a lot lately. He’s been called upon 8 times in the last 10 days. We know that when he’s good, he’s hard to beat. But when he’s laboring, that 99 mile an hour fastball tends to find the middle of the plate at about 89 miles per hour. And then it finds the other side of the outfield fence.

So, a rested Jason Motte is a very good thing! He’ll no doubt have a few more chances to add to his 40-save mark. But, a day off while Mitchell Boggs and Joe “I do it all” Kelly closed it out? I like it.

Jaime Garcia doesn’t like talking about his dreadful road splits. He doesn’t like believing there’s really something that gets in his head that inhibits his performance when he’s not at Busch. And Mike Matheny doesn’t like thinking about it, either.

But apparently, a closed door meeting between the two after Garcia’s three-inning outing in San Diego on Sept. 10 shook some things into place.

Either that, Garcia’s teammates are really good at making him feel “at home.”

Last night, despite the offense not giving him the cushion it could have, Garcia pitched like the guy we’ve seen glimpses of. Seven innings, six hits, no runs, no walks, 5 strike outs.

Into trouble because of defensive miscues, out of trouble with a routine double play ball. For Jaime, that’s a very big deal. And he knows it.

“It’s definitely one of my best games of the year when you talk about command,” said Garcia, who lowered his season ERA to 3.99. “I just feel like today was a game that something happened behind me and I was able to block that and keep worrying about the next hitter. Sometimes a bad thing happens when it gets away from you. But today I was able to get out of it.”

Garcia also scored the second run of the game after hitting a two-out double in the top of the second inning. He scored on a Jon Jay RBI single.

The game ball of the night easily goes to Garcia for his masterful efforts.

The win, paired with both LA and Milwaukee losses, puts a sliver of breathing room between the Cardinals and their nearest pursuers. With the Reds, the Nationals and the Braves having already clinched their playoff berths, it’s up to the Redbirds to hold serve, starting tonight with the final game with the Astros, then through the next week with Washington and the Reds.

It’s close … so very close. But it still has to happen one game at a time.