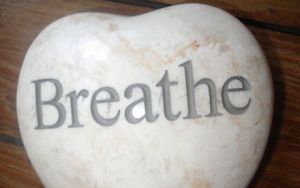 Yesterday was just one game. Game One of the National League Division Series, yes, but a single game in a five-game series. Things are far from over yet — although at times you’d be hard-pressed to know that from the fans’ reactions following the game.

And I’m not trying to be a glittery, pom-pom waving cheerleader. Just realistic.

True, yesterday’s loss was bad. It was avoidable and reminded us of all the things that have been so frustrating about the 2012 Cardinals.

Ten runners left on base, seven in scoring position. Going 0 for eight with runners in scoring position. Not capitalizing on opportunities when it was needed — such as only scoring two runs after Gio Gonzalez walked seven and had one official wild pitch plus several others that had Kurt Suzuki diving behind the plate to stop them. Questionable defense at what turned into a key moment, with Pete Kozma’s eighth inning error. Curious bullpen management by Mike Matheny in using Marc Rzepczynski in the eighth.

And, of course, impatience at the plate. Nothing was worse than the bottom of the seventh inning, when the chance to put the game away with the bases loaded and no outs and Allen Craig and Yadier Molina coming up ended with three outs in two pitches.

But, it’s over and done. We need to forget about it and move on — because that’s surely what the players are doing.

They’re going to focus on today’s game coming up this afternoon at 3:30 p.m. Yep, right in that prime “shadow time” yet again with the forecast for another bright and sunny day in St. Louis. Another excuse for doom and gloom? Maybe. The naysayers can turn anything into an excuse.

But, because today’s a new day, it’s also the chance to even the series heading into Washington, D.C. Yes, of course, the Cardinals will have to win two there in order to move on — and they only won one game there out of four just over a month ago.

Can they do it? Sure they can, and we don’t really need to look back too far for an example of what this team is capable of doing. Like all the way back to Friday night in Atlanta. We also know that last year’s team began the NLDS with a loss as well.

Will they do it? That’s another story, and one we don’t know the answer to yet. While fans are panicking and throwing their support to other playoff teams already (yes, I did see that on Twitter yesterday after the game) the team is surely focused on one thing: winning this afternoon.

That’s what we should probably all focus on too: just today’s game. Put all the bad feelings about yesterday aside and look ahead as the Cardinals, true to cliche, just play them one game at a time.

And remember to breathe.