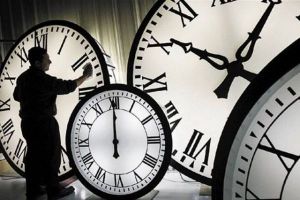 The start of daylight saving time — yet another step closer to real baseball. That makes the loss of an hour’s sleep worth it, right? Only 22 days!

Although there has been plenty of baseball going on, with not just spring training games but the World Baseball Classic as well.

The Cardinals participating in the WBC have all gotten into the action. Both Mitchell Boggs and Fernando Salas pitched an inning each in Mexico’s win over Team USA Friday night, with Boggs allowing only a hit and Salas two hits and a run. Carlos Beltran and Yadier Molina have contributed to Puerto Rico’s two wins. Beltran is hitting .429 with an RBI and Yadi’s hitting .286 and has thrown out a baserunner. Those two and all of Team Puerto Rico are moving on to the second round — will Boggs and Team USA join them? That will be determined at 3 p.m. Central Time today when USA takes on Canada — winner moves on.

In spring training action yesterday, the Cardinals shut out the Marlins 2-0. Adam Wainwright improved over his first two outings (and also apparently wore high socks — these games need to be on TV!) with a new, longer stride while pitching. And that was because of a fan asking for an autograph, as Rick Hummel explains in the Post-Dispatch:

Wainwright was driving out of the park after a recent game and a man, waiting at the gate to the players’ parking lot in hopes of an autograph, proffered an old picture to Wainwright. As he was about to sign it, Wainwright noticed something in the pitching stance displayed in the photo and applied that intelligence Saturday.

“I made somewhat drastic improvements to my delivery,” said Wainwright, who fanned six and walked one in 4 2/3 scoreless innings.

Wainwright noticed in the photo that he was striding longer to the plate and had a longer arm swing in the back. He filed that mental image in his memory bank and, via video, compared it to his performances earlier in the spring and then last year.

“It was a lot shorter stride, a lot shorter arm swing. I went out and probably lengthened my stride six inches or so and allowed my arm to get in the proper position,” Wainwright said. “It is pretty eye-opening when you see something like that.”

So there you go. Fans seeking autographs is a good thing all the way around.

More injury news for the Cardinals these days. Marc Rzepczynski is on bed rest until tomorrow after a freak injury to his eye while golfing on Friday. Matt Holliday missed his third straight game Saturday with a stomach virus and, as Jenifer Langosch reports this morning, he won’t play today either although he’s at the ballpark. Mike Matheny will be leaving for St. Louis after today’s game, as he’ll have back surgery tomorrow. Get well wishes to all!

Missing Yadi? Check out this story from the Palm Beach Post on “baseball’s first family of catching” from last week. And, speaking of families, here’s another great feature on the Duncans from MLB.com writer Zack Meisel.

Are you a college baseball fan? The Cardinals announced that the “Braggin’ Rights” battle between the University of Illinois and the University of Missouri continues on Tuesday, April 2, at 6:30 p.m., when both schools’ baseball teams clash at Busch Stadium.

Gates will open at 5:30 p.m. All seats for the game will be infield field box and diamond box seats, listed as general admission. All tickets are $15 and include $5 Cards Cash to be spent at any concession stand throughout the stadium.

Tickets are currently on sale online at cardinals.com/mizzou or cardinals.com/illini, via phone by calling 314-345-9000 and at the Busch Stadium box office.