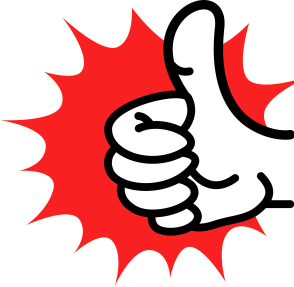 Cards win 5-1 over Reds behind Lynn, Adams & yes, the bullpen.

This was just the kind of bounce-back winner the Cardinals — and all of us fans — needed.

After Monday’s home opener collapse, there was an overwhelming sense of “Maybe we have more problems than we thought we did!” that was fighting against the ever-present logic shouting “It was ONE GAME!”

The reality is, Monday night was a really awful way to lose. But, more telling than one heartbreaking loss would be how this team rebounded the very next day against the very same team … with the very same guys who struggled the night before.

Before Trevor Rosenthal and Mitchell Boggs had their chances to remind us that all is not lost, Lance Lynn was up for a comeback of his own. After pitching only four innings in his first start of the season, we all needed a boost of confidence where last year’s All-Star was concerned.

Ten strikeouts over six innings will do that.

The kid looked good. He looked really good. And manager Mike Matheny commented after the game on just how much fun Lynn is to watch when he’s throwing the ball as easily as he did last night. Mike, I have to agree.

Not only did he keep his teammates within striking distance (he gave up just one run in the fourth after three perfect innings to start the outing), but he ate up valuable innings on a night after the bullpen was more taxed than it should have been. That’s exactly what Lynn needed — and needs — to do. Sure, strikeouts are nice. His greatest value, though, will come in checking off innings, especially with a bullpen now set to function (perhaps for most of the year) without its closer.

It always helps to get a little run support, though, and on this night, that was hard to come by … at least for a while.

Reds pitcher Bronson Arroyo was throwing a perfect game through five innings. In the sixth, though, just after Lynn threw his last pitch of the night, Daniel Descalso led off the bottom half of the inning with a timely double. Also, pinch hitter Matt Adams did THIS. BOOM.

Crushed, indeed. Does anyone else have a hard time believing how easy that looked? I mean, really. He was barely trying. Okay, so he was probably trying pretty hard. But he wasn’t swinging hard. It’s a thing of beauty, that swing.

As is a sixth inning lead that set up Lynn for his first win of the season!

Two more runs would score in the inning, and that meant last night’s goat(s) would have a chance to morph back into heroes, right before our very eyes.

Now, Matheny took a lot of heat for mishandling the bullpen Monday night, but I applaud him for doing the right thing for the team (despite my already-shot nerves!) and putting both Rosenthal and Boggs right back out there. They needed that. The team needed it to go well.

And then there were zeros. Another thing of beauty, wouldn’t you say?

It was quite the textbook relief effort. Edward Mujica played into the mix, striking out two in a perfect seventh. Rosenthal then picked up a strikeout and a ground out for his own scoreless rebound, and Boggs made it look easy, plowing through Joey Votto, Brandon Phillips and Jay Bruce like it was no big deal.

He may not have the official title, but it appears he has the short-term memory of a closer.

This win was nothing fancy, in many respects. (Yes, Adams’ homer was firework worthy!) It was, however, the perfect kind of win to comeback with after a disappointing loss. Slow and steady. Methodical. Well-rounded. A genuine team effort. Simply, it was baseball played the way it should be; and, it was a reminder that these guys are pretty good.

Every good team has to know it can bounce back after a tough loss. This team just proved they can.

Today (barring the rain headed towards downtown St. Louis), Jake Westbrook takes the mound against Homer Bailey  in the rubber match with the NLC rivals. First pitch is scheduled for 12:45 p.m..