How to feel better when this 2013 Rangers-Cardinals match-up has been nothing like all those 2011 World Series clips we’ve seen? Puppies!

Well, doggies anyway — pictures of them, anyway, made all the more soothing because these are photos of the Cardinals with their doggies.

Yesterday was the annual Pooches in the Ballpark game, which prompted these photos from the Cardinals on their Facebook page yesterday.

Yes, we’ve seen plenty of 2011 highlights of David Freese this weekend — and will see even more tonight with the game on ESPN. Not that anyone is complaining … or complaining about this picture, right?

Hello, Daniel Descalso — another guy who played a role in that Game 6 win with his lead-off 10th inning single. 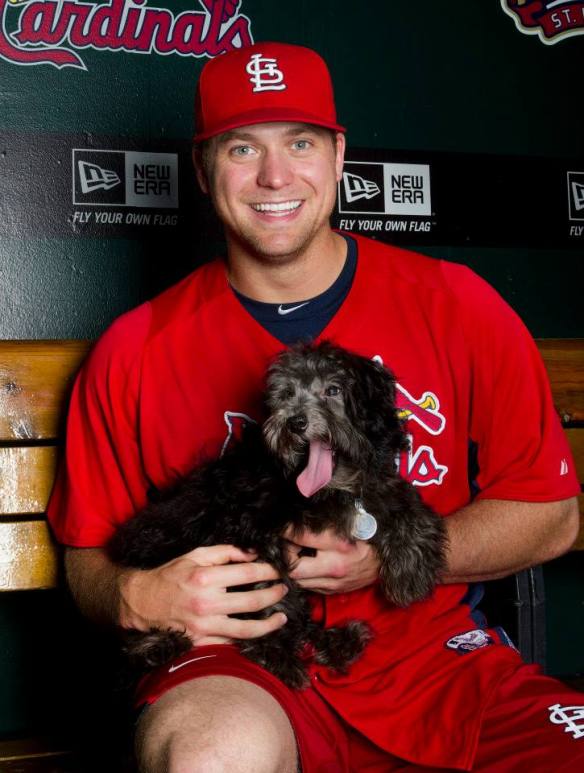 This picture of Trevor Rosenthal might just be the best of all (in my opinion, anyway!) 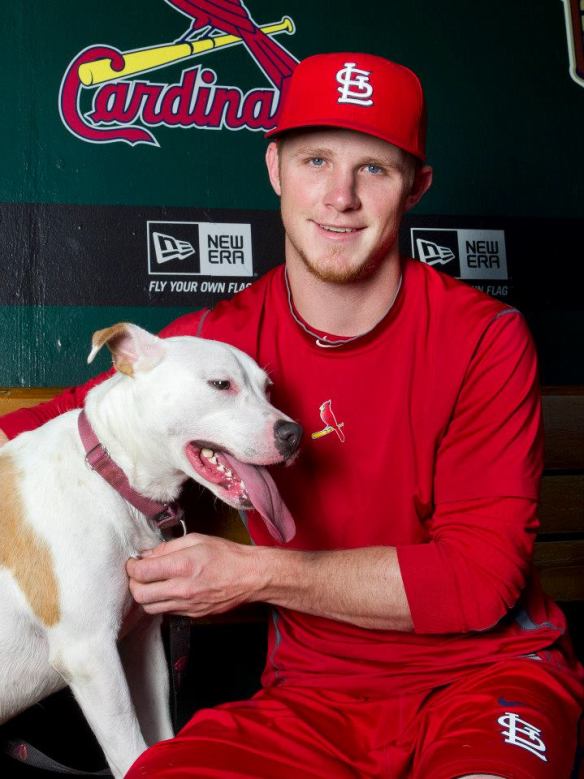 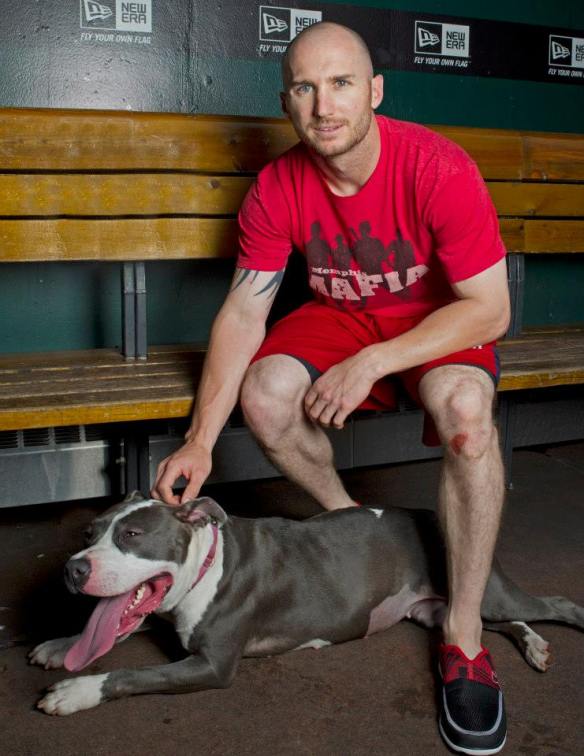 Shane Robinson started last night, drove in a run and made some nice catches in center.

Matt Adams with a dog that looks almost as big as he is.

Joe Kelly will be the Cardinals fifth starter now — although with three upcoming days off through July 1, they might not need one for a while. 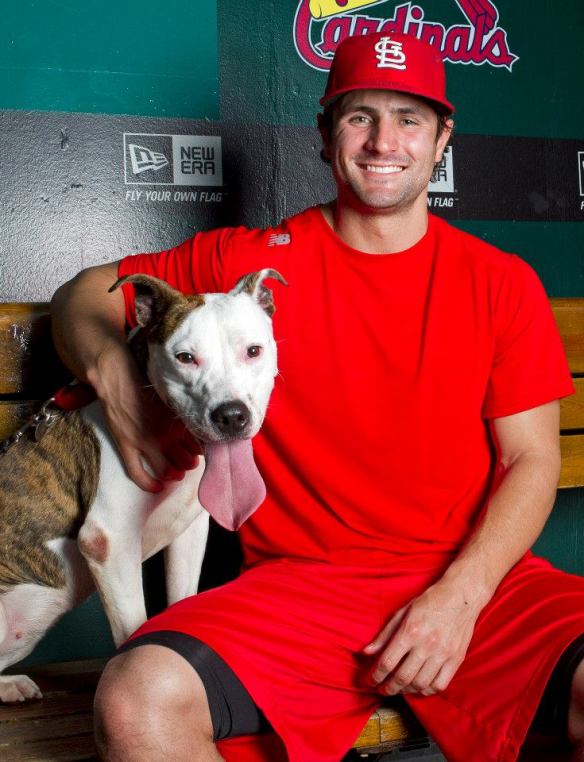 Is it just me or does Pete Kozma look like he could be Mike Matheny’s son in this one?

Finally, it’s Matt Carpenter — and good to see him building a hitting streak once again (up to three games so far).

Still looking for a way to feel better about these past two games? This video will do the trick …

As mentioned, tonight’s game is on ESPN starting at 7 p.m. with Adam Wainwright and Nick Tepesch as the starters. Here’s to getting back on the winning track.