Yesterday’s doubleheader could have been a chance to flip the momentum right back around. Instead, the Cardinals continued to play hide and seek with their offense, and lost both games. That pushes the season-high losing streak to six. And what’s worse? They 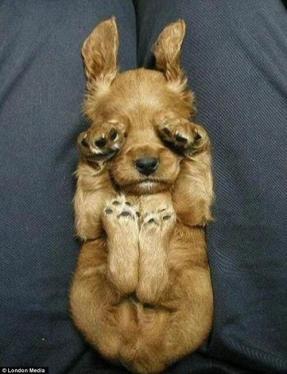 Everyone take a moment to panic, cry, scream, throw things, blame Mike Matheny, Tyler Greene or the Muffin Man. Get it all out.

No matter what, there are still 57 games left to play. And, I don’t know about you, but I have a suspicion that a 1.5 game deficit can be made up in 57 games … somehow.

Now, I’m certainly not happy with the goings on the last week. It’s been tough. The Cardinals have looked bad — swinging at bad pitches, pressing, expanding the strike zone, playing poor defense, and acting more defeated than perhaps they should. To throw Yadi’s injury into the mix is just pouring salt in the wound. For now, the team is calling it a sprain, though the MRI today will provide more detail.

A sprain or a hangnail, though — time without the MVP candidate will hurt. Not only will the pitching staff miss his guidance, but the lineup that is struggling to put numbers on the board will miss his 2nd-place NL batting average. What’s more, he has often been credited as the heart and soul of the team.

So, yes. The Cardinals are down. But, they’re most certainly not out … if for no other reason than that Larry Walker said so.

@DannyMacTV all teams slump during the season, just a matter of controlling the length of it! No worries.. All will be fine #chill

Lance Lynn pitched as well as ever yesterday in Game 1. Sure, tough luck and a offensive well run dry cost him a win, but if he’s back on track? Only good things will come of it.

The Cardinals are just 1 1/2 games behind the Pirates, with two games to play in this series alone. Sure, it doesn’t look promising now, but they could, in theory, leave Pittsburgh back on top. Plus, no matter what happens the next two games, these two teams will play each other nine more times, including six in St. Louis.

ALL the Cardinals hitters won’t keep slumping forever. They will score some runs before the season ends. Promise.

Adam Wainwright is pitching today! If there’s anyone who can come in and be a stopper when there’s a lot on the line, it’s this guy.

Also, Tony Cruz has a chance to shine. Maybe he’s going to be last year’s Pete Kozma and save us all!

Bottom line, unless Mo makes some crazy last minute trade before the deadline in, oh, a few hours to bolster the lineup or solidify the rotation, this is the team we have. And, I know I don’t need to remind you, but I will anyway, they’ve made it much further with a scraggly bunch of guys no one thought could win.

I want to know what’s “wrong” as much as anyone. Are they swinging at bad pitches? Not prepared for the pitchers they’re facing? Fatigued? Pressing? Unfocused? Discouraged? Changing their technique? I mean, it has to be something, right?

But, sometimes a slump is just a slump. The 2006 World Series team slumped to eight losses in a row … twice. It’s frustrating. And painful. But, that’s baseball. The good news is, slumps don’t typically last forever. (Unless you’re the Cubs, but that’s a different story entirely.)

Yes, they’re up against a bit of a wall. I promise, they know that, and are prepared to make the next 57 games count.

“It’s an opportunity for us to find out what we’re made of,” Matheny said. “These are the times that define you. They happen during the season. They’re never fun when you go through them. But you see what kind of fight you have.”

It starts tonight. …I hope.

Game time is 6:05 p.m. with Wainwright taking on Jeff Locke (who’s also kind of good, so if someone in Pittsburgh wants to go shake the offense awake before first pitch, that’d be swell.).

1 thought on “Yes, The Cards Are Down, But No One Is Out”