That collective gasp you heard Friday afternoon was reaction to the highly anticipated news that 2011 World Series MVP David Freese was traded.

Freese was traded to the LA Angels of Anaheim … or whatever they go by now … along with disappointing reliever Fernando Salas for OFer Peter Bourjos and minor league prospect, OF Randal Grichuk.

As much as I love Freese, I think the Cardinals got the best end of this deal. A top prospect  in Grichuk and a speedy, good hitting, young outfielder in Bourjos. Freese gets a fresh start. And he gets to be teammates with that one guy that used to play first base for the Cardinals. What’s his name! And Salas. Yeah. He gets a clean slate with a new team.

Now to say good bye to him, I will share a few of my favorite pictures of Freese! 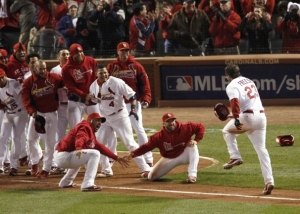 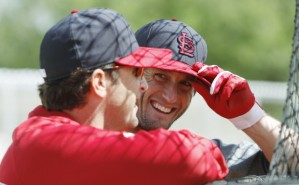 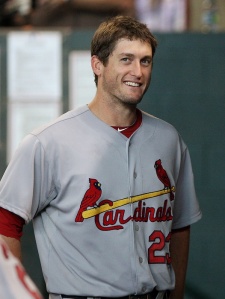 Miranda is a guest contributor to Aaron Miles’ Fastball. You can chat with her about the Cardinals, or Freese, or whatever, on Twitter, @missmiranda.