The biggest need for the St. Louis Cardinals for the 2014 season has now been solved with the signing of free agent shortstop Jhonny Peralta. According to Jim Bowden of ESPN.com, the deal is for four years and $52 million. 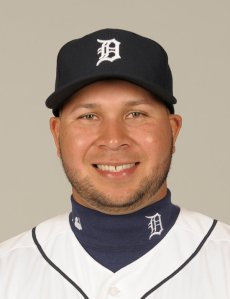 From Derrick Goold of the St. Louis Post-Dispatch:

Peralta, 31, will be a clear offensive upgrade at the position the Cardinals have targeted this winter for improvement from outside the organization. The righthanded-hitting Peralta batted .303 with a .457 slugging percentage and 11 home runs in 107 games for the Tigers this past season.

He was an All-Star for a second time, but he finished the regular season with a 50-game suspension from his connection with Biogenesis, the anti-aging clinic in Florida alleged to have provided players with performance-enhancing drugs. He accepted his suspension without appeal.

A few stats on Peralta, all from Mark Tomasik (@RetroSimba) on Twitter:

One plus to signing Peralta: the Cardinals upgraded at the position via a free agent who didn’t cost them a draft pick by signing, plus it wasn’t via trade so trading no prospects was necessary.

Yet there also is Twitter reaction from some regarding the Cardinals signing him because of the PED suspension — especially because of this subsequent payday as a result.

Thoughts on the signing?