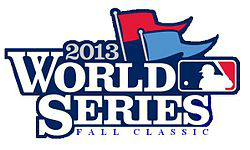 Yet today’s schedule brings the Red Sox to Jupiter, which means that it’s not going to exactly be a lineup for Boston like we saw last October. (Hopefully that means less horrid facial hair.) Although looking at the Cardinals lineup, with Yadier Molina behind the plate for the first time this spring, seems to say “ooooh, this is serious.”

Or that Yadi’s tired of just hitting.

But, given that FOX Sports Midwest is bringing today’s game, you know Dan and Al will be on the THIS IS SERIOUS! bandwagon. Because they love nothing more than hyping things, don’t they? And, based on last weekend’s broadcasts, they also love telling us about everything we watched last October and have already moved on from, although they didn’t have the chance to tell us all about it in their hyped-up giddy way at the time so they have to remind us over and over now … and in April when real games start.

Nothing counts today.
Though replays could make it fun
Or interesting.

What about last fall?
Can Matheny challenge that
And replay it now?

Although done is done
And October ’13 gone
I hate the Red Sox.

Game time today is noon Central Time and, as mentioned, it’s being broadcast on FOX Sports Midwest  as well as KMOX and the Cardinals Radio Network.