Well, that was ugly. 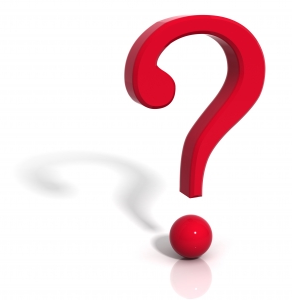 Not that the St. Louis Cardinals losing 12-2 can ever be pleasant, yet that just seemed exceedingly terrible as things went on.

Because it wasn’t awful when Matt Carpenter homered to make it 3-2 in the fifth inning and Gerrit Cole looked to be struggling as much as Shelby Miller had, plus Miller then retired the Pirates in order in the fifth.

But then came the sixth. Followed by the seventh. And, unfortunately, the eighth. A bullpen nightmare, from bad to worse.

Which made me remember something I forgot to include in yesterday’s series preview: the Cardinals weren’t very successful at PNC Park last year. I should have remembered that — I was there for the Labor Day weekend series, after all, and sat through two painful losses in person (in which Shelby Miller was the starter on a Friday night for a little deja vu to last night) plus watched all the rest on TV. The Cards only won three games out of 10 in Pittsburgh during the regular season last year, one of two (Michael Wacha!) in the NLDS. But it’s a new year — things should be different. Right?

And there’s plenty that could be said about Russell Martin interfering at third base and the relief pitching and the batting order below Matt Holliday not doing anything and 0-8 with runners in scoring position and Peter Bourjos’ struggles but the reality is that was the fourth game of the year. Too soon to panic.

So, instead, let’s see if there are three positives that can be taken from the game.

The first one is obvious, and already mentioned — Matt Carpenter’s two-run homer in the fifth. It was a no-doubter to the right field stands and it was a thing of beauty that bears watching again.

Three: Well … it’s over. And there’s a new game tonight.

Plus Joe Kelly is starting tonight — and his stopper-against-the-Pirates services are needed already. Last season, three of his 10 wins last season were against the Pirates on the day after the Cards had lost. He also was exceptionally good at PNC Park, allowing just one earned run in 14 innings and held the Pirates to a .163 batting average. His last start there was in Game Three of the NLDS, facing the same guy who’ll be on the mound for the Pirates tonight: Francisco Liriano. Both allowed two earned runs that night.