If there ever was a game that seemed like a guaranteed win for the Cardinals, yesterday was it. Adam Wainwright had a perfect 6-0 record at Wrigley Field to go along with his 25-inning scoreless pitching streak, as well as a 1.20 ERA after a terrific April. The offense had come to life in the last game. The wind was blowing out in Chicago. 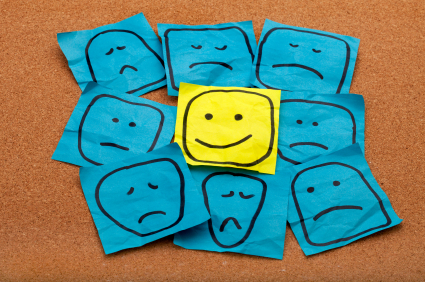 And then we were reminded that nothing is guaranteed, especially in baseball.

Wainwright did not have a Wainwright-like day, with the scoreless streak ending in the first with two runs scoring on Anthony Rizzo’s single (which came after Luis Valbuena’s was-it-fair-or-foul double that was called fair). Waino allowed all 6 runs to the Cubs, and has allowed 10 runs in 12 innings pitched this season against them.

Still, even with the loss for the Cards — and despite the fact that puts their record at 15-15 — there were some positives to be found.

1. The offense kept its momentum
With yesterday’s 5 runs on 8 hits, the Cardinals now have 14 runs and 21 hits in two games. That’s a welcome change. Sure, there were missed opportunities — they were just 2 for 7 with runners in scoring position — but, still, we know it could have been worse because we’ve recently had to endure it being worse. Progress is progress … even when it’s slow.

2. Allen Craig and Jhonny Peralta are hitting above .200 now
While he only went 1 for 4 yesterday, Allen Craig does now have a 6-game hit streak and his batting average keeps climbing — up to .221 now. Yesterday Jhonny Peralta went 2 for 4 and hit a 2-run homer in the 8th inning — his 7th home run of the season — that put the Cards down by just one. He’s now hitting .208, which obviously is not great but it’s a season high for him. Again, progress is progress … even when it’s slow.

3. The bullpen was impressive
After Wainwright only went 5 innings, Randy Choate pitched the sixth and gave up a single to Emilio Bonifacio, who was foolish enough to try to steal second and was gunned down by Yadier Molina, while striking out two. Tyler Lyons pitched a perfect seventh, while Kevin Siegrist struck out three in the eighth while allowing a double. Three innings, 2 hits, 5 strikeouts, no walks — impressive indeed.

Upon further review, there actually is one thing guaranteed in baseball: today is a new game. And it’s an early start, noon Central Time, on both FOX Sports Midwest and FOX Sports 1. (Hurray! Options!) Michael Wacha starts for the Cards with Jake Arrieta making his season debut for the Cubs.