Hey, Jason Motte! It’s great to have you back on the Cardinals active roster again, as we all know it’s been a long journey through Tommy John surgery, rehab and back again. The ovation you received when entering the game last night was very special (and well deserved), and you did a nice job out there.

However, Jason, we need to talk.

Yeah, we know. It’s your thing, it’s been your thing and we’re good with that. We get it. And, really, it’s fine … as long as you realize there’s this other thing called grooming. Because that word seems to have escaped your beard vocabulary.

Sure, with being on the DL for a year and all that, it’s understandable you might get caught up in rehabbing and your tremendous volunteer efforts and not keep the beard trimmed like you used to before.

But you’re back in the big leagues now. And every single time we see you, something bad happens. A flashback. 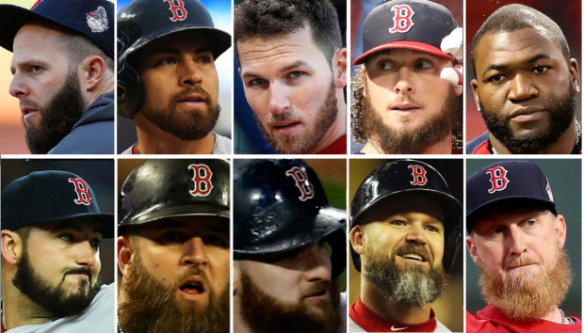 Remember, Jason, grooming is your friend. And we’ll all appreciate it if we don’t have to think of Mike Napoli and Dustin Pedroia and especially David Ortiz every time we see your face.

As for the rest of last night’s game, it can be summed up in one alliterative sentence: weird walk-off win on Wacha Wednesday.

2 thoughts on “Welcome Back, Jason Motte! About That Beard …”