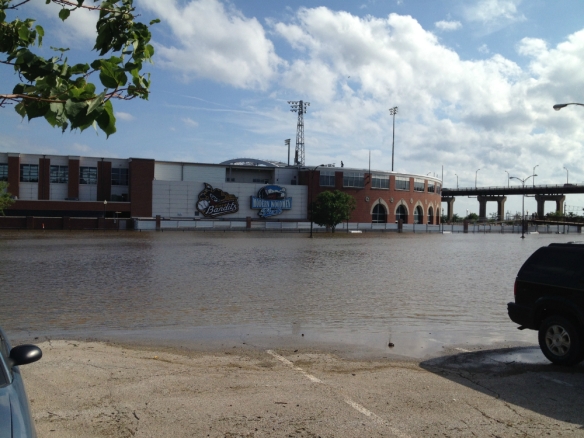 This will provide a perspective on just how deep the water covering the parking lot is. 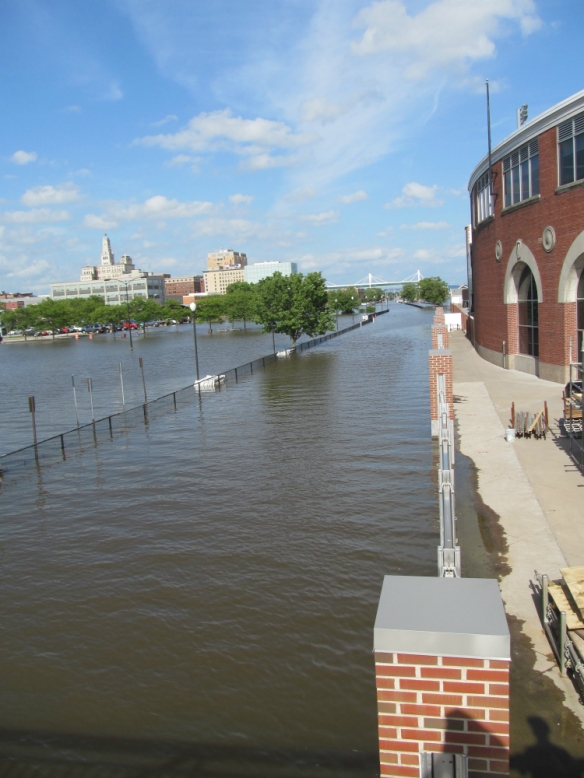 On the left, the flood. On the right, the dry ballpark. Down the right-center, the flood wall.

Here’s a close-up of the temporary flood wall that’s installed when needed — and the view of just how much water it’s holding back. (And the Centennial Bridge above.) 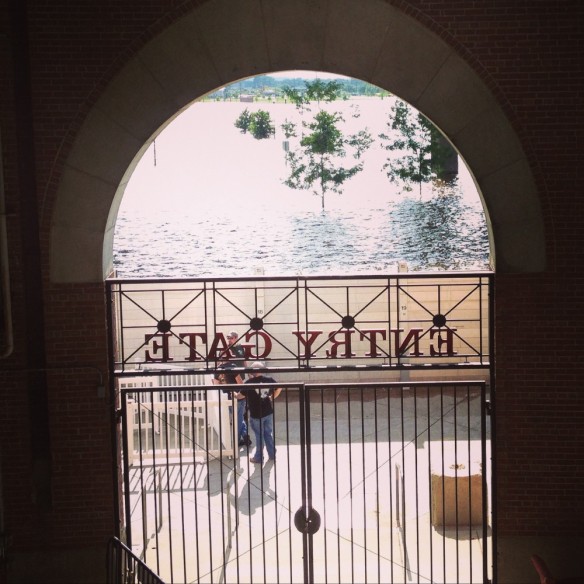 Once inside the stadium and up the stairs, here’s the interesting view.

On the way to the ferris wheel, with the flood water below. 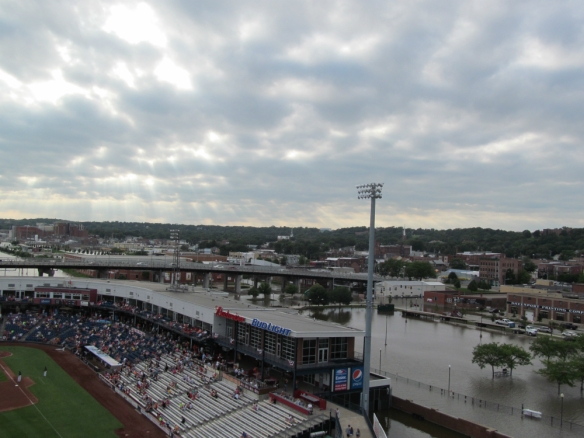 The view of the flooded parking lot and beyond from the ferris wheel (as well as the crazy clouds at that moment).

Flooded parking lots, Centennial Park and more, also from the ferris wheel. (Yes, that’s one of the stadium’s light towers on the left. And the Centennial Bridge behind the ballpark, which connects Davenport to Rock Island, Ill.)

Oh, yes, there was a doubleheader. And even during a flood, the ballpark has one of the most picturesque views anywhere. This is the more famous part of the Centennial Bridge. 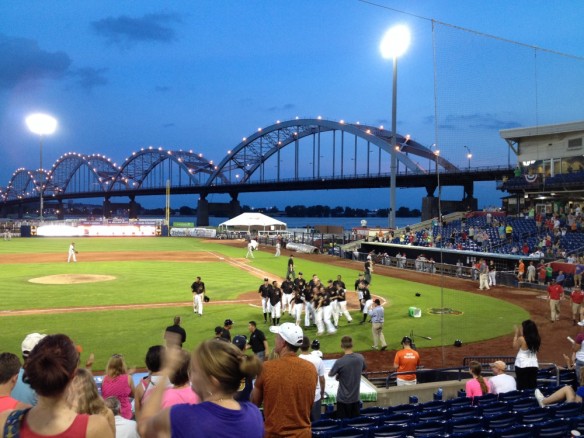 And what better way to cap off the night than with a Bandits walk-off grand slam winner?

The Bandits swept the doubleheader, winning the first game 5-0 and then the second 6-4 thanks to Brett Phillips’ walk-off grand slam that was obviously incredibly exciting.

And it was the perfect ending to a (thankfully) rare experience at flooded Modern Woodmen Park.

3 thoughts on “Ever Been To A Ballgame In The Middle Of A Flood?”