The 2014 Cardinals need some kind of spark — actually, they have for most of the season. 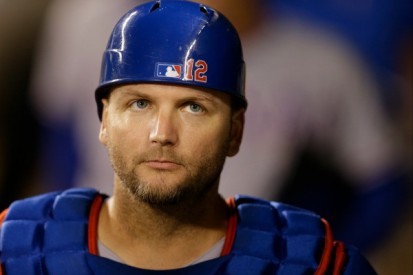 Now they’re going to get one, in the form of catcher A.J. Pierzynski.

Derrick Goold of the St. Louis Post-Dispatch reports that the Cardinals “finalized a deal with veteran catcher A.J. Pierzynski in time for the catcher to join the Cardinals today at Wrigley Field” and that “George Kottaras, who joined the Cardinals just before the All-Star break, packed his bags and left the Cardinals after their 7-6 loss to the Cubs on Friday afternoon. The exact roster move with Kottaras was not known.”

To adding A.J., I now say hooray — which is a 180-degree switch from what I said a couple weeks ago when Yadi got hurt.

Yes, I know about A.J.’s reputation and what he does/doesn’t do, perhaps even more than some of you. I’ve listened to The Score sports radio from Chicago for years, and it’s the White Sox flagship station. So I know the ugly and the bad, as well as the good that he can do on the field. And of course none of that has changed in the past couple weeks since he was released by the Red Sox.

But maybe it’s time for Mike Matheny And His Team Of Really, Really Nice Guys to have a renowned jerk among them to shake things up a bit. (Provided Matheny will actually play him, that is — we certainly know how he is with lineups.)

With the way things are going, a new and bold presence on the team certainly can’t hurt. Hopefully A.J. will even help.