The St. Louis Cardinals announced this afternoon that they have acquired right-handed starting pitcher Justin Masterson from the Cleveland Indians in exchange for Springfield (AA) outfielder James Ramsey. 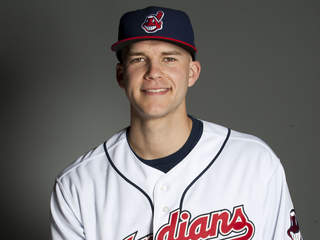 Masterson, who will join the Cardinals on Friday, Aug. 1, in St. Louis, is scheduled to start Saturday against the Milwaukee Brewers.

Masterson, 29, is 4-6 with a 5.51 ERA in 19 starts for the Tribe this season, fanning 93 batters in his 98.0 innings pitched. He was placed on the 15-day disabled list on July 8 (right knee inflammation) and made a pair of injury rehabilitation starts (July 20 and 25) for Columbus (AAA) prior to today’s trade.

The Cardinals also announced that they have transferred pitcher Michael Wacha from the 15-day disabled list to the 60-day D.L.  The team will make a corresponding 25-man roster move prior to Friday’s game once Masterson reports to the team.