And by “interesting,” I mean nauseating.

Interesting/nauseating to see the sports media giddiness revved up even higher over the Cubs. 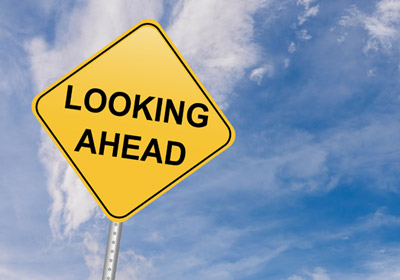 Interesting/nauseating to see the “speeches” Joe Maddon makes that get breathlessly covered by that same sports media infatuated with his “wisdom.” Like his brilliant “we don’t start stuff, we finish stuff” on Friday — the same day Dan Haren hit Matt Holliday in the batting helmet yet poor, poor Anthony Rizzo had his pant leg beaned (prompting, of course, the above tough-guy words from Maddon); the day after Chris Coghlan finished something, for sure — Pirate Jung Ho Kang’s season with a slide far to the right of second base and with his leg up to hit Kang in the leg and fracture his tibia (and a slide by Coghlan that looked all the more egregious when shown again yesterday afternoon on CSN Chicago after the Cubs broadcasters were comparing Yadier Molina’s slide into Addison Russell to that play — which was an inning after Yadi’s slide happened, and to which there was really no comparison at all other than both slides were toward second base); and the day before Kolten Wong was hit by both Fernando Rodney and Trevor Cahill and Greg Garcia was hit by Hector Rondon (and no Cubs were hit).

What’s that saying about actions speaking louder than media-friendly speeches?

Anyway, may yesterday’s game please be the last time the Cardinals have to face those Media Darling Cubs, their Style Over Substance Manager and their Breathlessly Amazing Roster of Players (Jake Arrieta! Addison Russell!! Anthony Rizzo!!! KRIS BRYANT!!!!!!!!!) in 2015.

Before the weekend even began, I knew that if any kind of postseason match-up involving these two teams were to take place, it would be torturous. Living closer to Chicago than to St. Louis, I’ve had the privilege of seeing the fan bandwagon grow and grow and grow ever since Maddon became their manager, the media attention increase more and more and more as the months go along — and I’m ready for it to stop. Especially after this weekend.

Sure, for the genuine and die-hard Cubs fans out there — and I do know and am related to several — I am glad they are getting the chance to experience a turnaround season and enjoy baseball. But they’re not the ones ridiculous and over-the-top with the “#WeAreGood!!!! THIS IS IT!!!! Maddon is the BESTEST!!!!!” hyperbole. As this weekend’s media love-fest proved, the theatrics threaten to grow exponentially in the weeks ahead.

But enough is enough — and I’ve definitely had enough of that team from Chicago’s North Side for 2015. Obviously at this stage, with both the Giants and the Nationals nine games back in the wild card standings, there’s very little chance the Cubs won’t make the wild card playoff game. (And with the Cardinals having a six-game lead over them in the NL Central, probably an even smaller chance of them getting near first place in the division with head-to-head match-ups done.) Sure, baseball is baseball and that’s why they play the games, but we’ll go with probability here.

Which means I’ll now become the biggest bandwagon Pirates fan out there — and know that I won’t be alone, as my newly created group of Fans Who Want To See The Cubs Go Away ASAP is growing (and not limited to Cardinal fans, as my Giants fan pal is right there with me). And the Pirates seem up for the challenge of a heroic final two weeks of the season as they continue their road trip onto to Colorado … although don’t be too heroic, please. The Cardinals do have to maintain that division lead, especially with three regular season games left for the Cards in Pittsburgh next Monday through Wednesday.

Which is why they’d be perfect to win the wild card game and move on to play in October once again — or at least a far-better alternative than the team currently behind them in the NL Central standings.

Raise the Jolly Roger? If it comes down to it, absolutely. Anything at all to avoid even more bandwagon jumping and frenzied media attention. Maybe they’ll even start to get a little attention of their own.