moment the league catches up with his magic tricks — appeared to have arrived. Too many pitches. Too many base runners. Too much adrenaline booming through his usually mellow veins.

That was the first three innings. The good news is, it takes at least nine innings to tell the whole story.

Yes, in the first three innings, Kelly struggled. A single, a hit batter, and a wild pitch in the first; another runner at second base with two outs in the second; and a double, two walks, a botched 1-2-3 double play and a base knock in the third, and the Dodgers — behind Zach Greinke — had a 2-0 lead.

But, we know how this story goes. Where Adam Wainwright is the Ace, Michael Wacha is the Boy Wonder, and Shelby Miller is the Near-Perfect Game guy, Kelly is the Escape Artist. He weaves his way into, and then out of, trouble. He ties himself in knots, bound with the chains of one of baseball’s most potent lineups. And yet, he escapes.

It baffles the minds of the sabermetricians. The numbers don’t always add up. He shouldn’t be this successful. He keeps getting lucky.

… I think he gets lucky a lot. And I have nothing against getting lucky. END_OF_DOCUMENT_TOKEN_TO_BE_REPLACED

As 2012 winds down, it’s only natural to take a look back at some of the posts we wrote this year — and there were plenty to choose from since this is No. 449.

Remember that time in January when Roy Oswalt was going to be a Cardinal?

“Opening Day” are two more magic words for Cardinals fans — and this year’s home opener was extra special. Forget the rain and just focus on the great pictures … or some gushiness about the whole experience.

END_OF_DOCUMENT_TOKEN_TO_BE_REPLACED

Last time, on “The Cardinals Make Another August Run …”

The Redbirds took the field behind newly re-signed Jake Westbrook to attempt to seal the series victory in game two against the Pirates.

It didn’t go quite as planned, when Westie struggled in the first, giving up a walk and a single, then striking out Andrew McCutchen only to surrender a sacrifice fly that put the Pirates on the board first.

Still, it was only one run.

But there was plenty of drama to come in the next inning.

Yadi goes down … clean hit, or no? (Screen cap)

After a lead-off single and a sac bunt, Josh Harrison was at second base. A single from Jose Tabata dropped just in front of Carlos Beltran in shallow right field, who picked it up quickly and launched it back to the plate where everyone’s-favorite-Molina was ready and waiting.

The catch, the turn, the collision … it all happened fast. What didn’t happen fast was Yadi getting up. Or, at least, attempting to get up.

See, Harrison’s shoulder/forearm/elbow slammed into Molina’s head, ahead of the rest of the full-on crash. The announcers on all three platforms (Fox Sports Midwest, KMOX Radio and Root Sports) called it a clean hit.  END_OF_DOCUMENT_TOKEN_TO_BE_REPLACED

Pretty in pink, that is.

Remember last year when all the guys wore turtle necks (that was on a West Coast trip too, right?)? Or how about their luau theme travel attire?

See? I told you. Pretty in pink.

It seems these silly stress-reducers are inspired by Lance himself, so it’s only fitting that he lead the way in today’s “ugly tuxedo” getup with the baby-pink beauty to the right.

If you’re interested, you can see Willy Wonk, er, I mean, Mitchell Boggs in his own brightly colored ensemble (complete with cane and top hat!), or Daniel Descalso rocking the powder blue. Word is, David Freese was in red and white, and Adam Wainwright’s costume included a kilt.

How’s that for team bonding?

(Thanks to @FSMidwest for those fabulous pictures. Keep an eye out at www.foxsportsmidwest.com where they’ve promised a video of the shenanigans from earlier today!)

UPDATE: Thank you, David Freese for satisfying our curiosity. We now have an official team photo. And yes, that is a legit Cat in the Hat top hat in the back row. Can I just say I love this team?

While we’re at it, just take a break at check out the entire @dfreese23 timeline. There’s pictures with Holliday, Berkman, Carpenter, and they’re still rolling in!

Go ahead, the recap can wait. It’ll be here when you get back!

So, you’re probably wanting actual game notes now. That’s not nearly as much fun to talk about as Ugly Tux Day, though!

It was a rough day on the diamond for the Redbirds, who were hoping for the two-game sweep of the Giants to keep the ball rolling before taking on the Dodgers. But, in keeping with the, um, “aesthetic” theme, how about a round of The Good, The Bad, and The Ugly? END_OF_DOCUMENT_TOKEN_TO_BE_REPLACED

For the second time in as many games, Matt Carpenter, who made the roster as a bench player, gave the Cardinals a win, this time in walk-off fashion against the Reds. Oh yeah, in his first at bat of the game … in the 10th inning. Cards win it 2-1 in their first extra inning game of the year.

At this rate, a "Mini-Carp" autograph is going to be worth a fortune by October!

I suppose this is where I invoke the “small sample size” rule in order to curb my enthusiasm about young Matt Carpenter’s swell start. But, I really am impressed with the way this kid is playing right now. I mean, when Lance Berkman was out for a few games, there were plenty of worried glances around Cardinal Nation. But “Mini-Carp” showed no fear. And after starting the night back on the bench, he made good on his bases-loaded, one-out opportunity to end Tuesday’s standoff, grabbing his 10th RBI in the process. That ties him for second, behind David Freese.

Most importantly, though, Cardinals win. With all these division games in the first month, every win is exceptionally important!

Here’s a look at the good, the bad, and the ugly from Tuesday night’s battle.

Kyle Lohse. The guy is doin’ work. He finished the day with seven innings pitched, and no runs on four hits. That means through 20 1/3 innings, he’s given up two runs. How much of a relief will it be if he keeps this up?! Especially with Chris Carpenter out and Adam Wainwright still finding his way back to form, Lohse seems to be the go-to guy. *Knock on wood*

Carlos Beltran. When he’s on, he’s really, really on. And I’d say early on, he’s locked and loaded. He blasted his fourth home run of the year to put the Cardinals ahead early. That 1-0 lead would hold up until a few unfortunate bobbles allowed the Reds to score in the eighth inning.

Matt Carpenter is an obvious pick. But also, Tyler Greene. No, he didn’t have the chance to play defense or swing the bat. He just did what he does best — RUN! He replaced David Freese in the 10th inning and raced home to score the winning run on Matty Carp’s sac fly.

END_OF_DOCUMENT_TOKEN_TO_BE_REPLACED

“This is the worst game of my career, no doubt. … I have no excuses for you. There’s really nothing that I can say, except that I am sorry to the Cardinal fans and that I will be better.”

That’s not what I wanted to hear Adam Wainwright say. That’s not how this St. Louis celebration was supposed to end.

But first, there were some good things that happened at Busch. Lots of them, actually. It was Opening Day — the biggest St. Louis holiday of the year! It was big, it was inspiring. Sure, it was a little wetter than planned, but that never stops Cardinals fans from reveling in the excellence of the past and the present.

Despite a 90 minute delay and conditions that kept the iconic Clydesdales from entering the stadium, the celebration kicked off in Hall of Fame fashion. Lou Brock, Bob Gibson, Red Schoendienst, Ozzie Smith, Bruce Sutter, Whitey Herzog and, of course, the greatest Cardinal of them all, Stan “the Man” Musial paraded in, then were introduced as they took their places around home plate.

The last four World Series trophies were brought in by members of the winning teams, the 2012 Cardinals were introduced, the 2011 team was honored and the championship banner was raised.

The pomp and circumstance is largely for the fans. But don’t think the uniquness of Opening Day in a Cardinals’ uniform is lost on the players. Especially after the October they shared.

“This is as special as it gets,” Skip Schumaker said. “You don’t take this one for granted. To be part of a World Series is the best thing ever. To win it and come back and be on the Opening Day roster is another dream to come true.” END_OF_DOCUMENT_TOKEN_TO_BE_REPLACED

While the critics are content to ramble on about the “missing pieces” for the Cardinals this year, the reigning World Champs are content to, well, win. And keep winning, all in different ways.

Blow outs? Been there, done that. Pitching duels? No problemo. And how about close games where the opponent scores late in the game and gives themselves a chance against the bullpen? 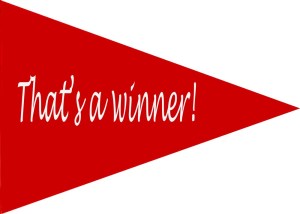 Tuesday, it was a win of the latter kind. The trend of scoring early continued for the Cards, as did the fascination with the long ball.

Carlos Beltran got it started with a solo homer in the first. Then, Lance Berkman and David Freese did their 2011 post season thing and backed each other up in the sixth inning. Berkman hit a triple (yes, a triple! Puma can run!) but turns out, he didn’t need all that effort. Freese followed with a one-out, two-run homer of his own.

As red-hot as Freese is (batting a blistering .444 through six games and leading the National League with 10 RBI), his counterpart on the mound may be just as impressive. Kyle Lohse — the first Cardinals’ starter to make his second start of the season — pitched another gem.

He went six innings, giving up four hits, one earned run, walking one and striking out two. That makes two quality starts in two attempts. Another trend I like!

It was a combination of Mitchell Boggs and flame-thrower Jason Motte responsible for closing out the two-run game. While Devin Mesoraco had Redbirds fans cringing on a long ball in the seventh, Matt Holliday made a play that surprised even Mike Shannon and John Rooney to save the run.

Mike Matheny won’t be the only one managing his first-ever game this year. Robin Ventura of the Chicago White Sox also will be as well.

There are similarities between the two situations. Both are replacing well known, World Series winning managers, and both were definitely fan favorites in their playing days (Ventura was the Sox third baseman from 1989 to 1998).

The other day, I was listening to Chicago sports radio station The Score and the morning hosts were taking calls about the White Sox. And hearing several callers share their opinions on Ventura struck me — they were such a complete contrast to what Cardinals fans have been saying about Matheny these days.

The Sox fans were universal in their like of Ventura but still very skeptical of the hire, general manager Kenny Williams’ motives, and the chances of success by both Ventura and the Sox this season. One caller said Williams hired Ventura because he knew he could control him, while another lamented still why an experienced manager wasn’t hired.