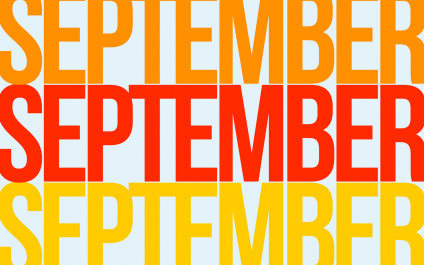 Yes, September has become the St. Louis Cardinals month in recent years. That, of course, has led them right into October baseball for the past three seasons. And, at this stage, it would take something beyond extraordinary for that streak to not reach four straight years — the magic number for playing in the postseason is now just one. [UPDATE: Thanks to the Pirates beating the Brewers this afternoon 1-0, the Cards are officially in!]

Last night’s 8-4 Cardinals victory over the Reds was their 14th win this month, to go with just five losses. Speaking of five, that’s the magic number for clinching the NL Central — and it’s the magic number that means something, since it guarantees playing in the division series. Only seven games remain in September, yet the Cards still have just a 3 1/2 game lead over the second-place Pirates. They’ve had a good September as well, going 12-6 thus far, which is why the Cards’ magic number isn’t decreasing as quickly as it could.

Still, this month has been the Cardinals’ time to shine going back to the “September to remember” in 2011. END_OF_DOCUMENT_TOKEN_TO_BE_REPLACED

Even the rarity of turning a triple play wasn’t enough for the Cardinals to break out of their offensive funk, as they lost to the Toronto Blue Jays 3-1 last night. As has been the case so often this season, they had chances and baserunners — seven hits, three walks — but were just one for 12 with runners in scoring position and left nine on base.

The loss brings the Cardinals to 31-31 with 100 games left until the end of the regular season on Sept. 28. Which is exactly what their record was through 62 games two years ago.

As a follow-up of sorts to this post from May 1, here’s a look at where the Cardinals were through 62 games — meaning 100 games to play — the past five seasons.

So the 2014 Cardinals are not in unfamiliar territory, necessarily, but not really in a place we want them to be. Or playing consistently like they certainly seem to be capable of playing.

But at least they turned a triple play last night — which likely was not what anyone was even considering when Jose Bautista stepped up to the plate with the bases loaded and no one out in the sixth inning. Yet that’s exactly what happened, and you can watch it again here. The last time the Cardinals turned a triple play was May 5, 2005. So, continuing the 5/5 and now 6/6 pattern, pencil in the next one for July 7, 2023. END_OF_DOCUMENT_TOKEN_TO_BE_REPLACED