What do the just-retired greatest closer of all time, a Cardinal-turned-Dodger-now-turned Red and the Cardinals rookie sensation all have in common? Nothing, it would seem — yet posts we wrote about those three were what you read the most at Aaron Miles’ Fastball in 2013. 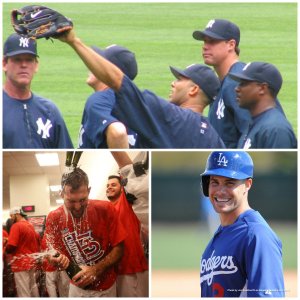 After looking at our picks for the top five stories of the year yesterday, we close out the year today with a look at the most-read posts. And, as you can already see, it’s certainly not a Cardinals only list — although of course they dominate the list. Just not at the top.

No, our No. 1 post of the year (in terms of readership numbers) is one about the man who is used to ending things instead of starting them, Mariano Rivera. Watching the All-Star Game tribute to Mo on July 16 reminded me of the time my Yankees friend Kat and I went to Busch Stadium in 2005 for the Yankees-Cardinals series. We had the opportunity to see something very few people probably even noticed before that Sunday’s game, which I wrote about in The Tale of Mariano Rivera and The Ball Thrown Out of Busch Stadium. It was a fun, entertaining post — and it ended up in Deadspin (which was a surreal moment, and one I had to capture via screenshot). So lots and lots and lots of people ended up reading about what Mo did that day, and it was by far our most read post of the year.

END_OF_DOCUMENT_TOKEN_TO_BE_REPLACED

Chances are very good that both have the same birthday wish, as the Cardinals and Pirates prepare to battle in Game Five of the NLDS tonight: to be spraying champagne in the clubhouse after his team’s victory, since he and his team will be moving on to face the Dodgers in the NLCS.

Since it’s the decisive Game Five, of course, only one’s wish will come true.

Tonight’s game is the 24th time in 2013 the two teams have played each other. No surprises left at this stage, nothing new — even though last Friday, in Game Two, the Cardinals did actually have something new in facing Gerrit Cole for the first time.

But we know how that played out, with Cole allowing only two hits (including a Carlos Beltran home run) in six innings as the Pirates cruised to a 7-1 win. Chambers had his only at-bat of the series in the sixth inning as he pinch-hit for Randy Choate and launched a long fly deep to centerfield — which McCutchen caught.

We obviously know how Wainwright did in Game One, shutting down the Pirates for seven innings and giving up only three hits (including a Pedro Alvarez home run) while the Cardinals had an easy 9-1 victory. McCutchen had one of those hits, a fourth inning single. He singled again in the ninth inning, off Trevor Rosenthal — something he couldn’t do with two out in the bottom of the ninth in Monday’s Game Four. He popped out to Matt Carpenter to end the game and send us to tonight’s Game Five.

END_OF_DOCUMENT_TOKEN_TO_BE_REPLACED 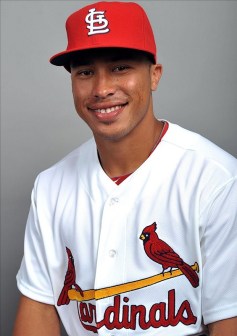 Yes, let the word plays begin. Kolten Wong is officially en route to Chicago where he will join the St. Louis Cardinals to make his major league debut.

Wong was selected by the Cardinals in the first round of the 2011 First-Year player draft and spent the remainder of that season in the Quad Cities with the River Bandits, under the tutelage of then-manager Johnny Rodriguez.

I had the privalege of talking to Wong toward the end of his year with the River Bandits, and there was little about him that didn’t impress me. To get a glimpse into just who the Hawaii native is, read the full story here. But, here are some of the highlights.

END_OF_DOCUMENT_TOKEN_TO_BE_REPLACED

The ace pitcher the Cardinals had pushed back to set the tone in a key division matchup sunk his club into a hole early. A routine catch not made gave St. Louis an extra breath late. The Pirates stalled rallies by moving an infielder to the outfield and later adding an outfielder to the infield. And a Cardinals middle reliever would twice find himself batting with the winning run 90 feet from home.

In all, the Cardinals used 20 of their 25 players, threw 227 pitches, stranded 17 on base and finished 4-for-14 with runners in scoring position.

Roughly eight hours later, and the baseball world is still trying to make sense of it all.

Cards win in walk-off style, 4-3 over the Pirates in 14 innings!

One thing everyone can agree on — this win was big. Dare I say, huge. The Cardinals played with more heart, with more “never say die” intensity than we’ve seen this year. Dubbed the “Comeback Cardinals” the last two seasons, they seemed to have lost that edge. I guess winning so many games in the first half with relative ease buried the killer instinct a little deeper than anyone realized. But, if there was a time for it to return, it was last night. END_OF_DOCUMENT_TOKEN_TO_BE_REPLACED