Shane Robinson hasn’t gotten a lot of attention this season, and probably rightfully so. He hadn’t done much, hitting just .100 before he was sent to Memphis in late April and, now that he was recalled this week, flying out as a pinch-hitter on Wednesday night to drop his average to .095. 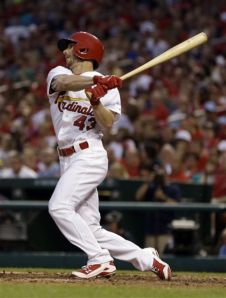 Robinson started in right field (with Allen Craig at first and Matt Adams getting a day off) and definitely made a big impact: three hits and two RBI that tied the game in leading the Cardinals to a 4-2 win and sweep of the Diamondbacks. He also scored the final run of the game on Matt Carpenter’s RBI single.

Great to see for Shane? Definitely. Plus his success — two singles and a two-RBI double — boosted his batting average all the way to .200. Progress!

Also great to see: Allen Craig driving in the go-ahead run in the seventh, after he singled in the sixth. Craig still isn’t the Craig we’ve gotten used to, but he’s showing signs at times. Progress!

With just two runs allowed, the pitching obviously went well — although you certainly wouldn’t have known that if you glanced at Twitter during the first inning, when Lance Lynn allowed two runs on three hits and a sacrifice fly. Calamity! Lance Lynn is the worst! OMG! Release him! They’re doomed! END_OF_DOCUMENT_TOKEN_TO_BE_REPLACED 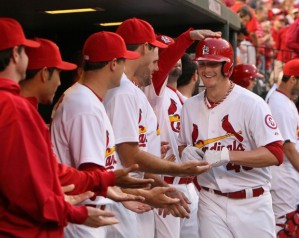 END_OF_DOCUMENT_TOKEN_TO_BE_REPLACED

No, I don’t want to talk about Randy Choate or Maikel Cleto or a depleted bullpen that meant of course they were going to lose or two losses in a row (for the first time since the end of April, by the way).

No talk about Ty Wigginton either, just because. 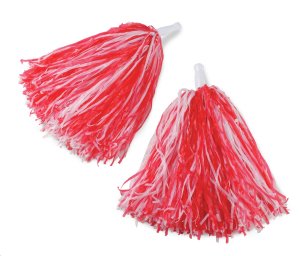 Though some of the ever-overreacting Twitter crowd were calling for Joe to be sent back to the minors in the second inning when he gave up two consecutive hits and a run, the truth is Joe did a good job in his first start of the year. He threw 80 pitches, lasted 5 2/3 innings, gave up two runs although the second was unearned thanks to Matt Holliday making a cringe-worthy error, and retired 12 consecutive batters between the second and the sixth.

After all his ups and downs out of the bullpen, an outing like this was terrific to see — and gave the team what it needed last night: innings on the mound.

And while all that is nice, Joe should be a positive based on this alone. Right?

END_OF_DOCUMENT_TOKEN_TO_BE_REPLACED

That was a fun win for the St. Louis Cardinals.

Seven runs, 14 hits, 2 home runs — great night for the offense. Seven innings pitched allowing 1 run on 5 hits with 6 strikeouts from Lance Lynn to tie Adam Wainwright for second in the National League with his 8th win — great pitching night (yet again!) And all against the NL West-leading Arizona Diamondbacks to top it off. 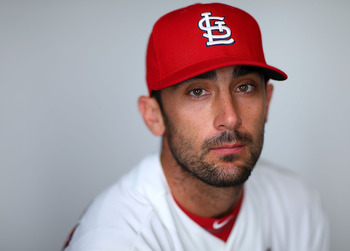 He did what he has been doing like crazy all season — he was 3 for 5 leading off and scored 3 runs. He now has a 12-game hitting streak and increased his batting average to .319. And those aren’t the only good numbers he has.