For all the fuss made about the Cardinals needing a starting pitcher in order to keep up with the Pirates, a bigger issue has quickly evolved: they have got to figure out how to score runs. Five losses, three runs. 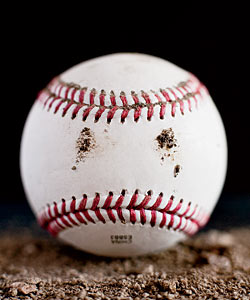 Not even Wacha’s spectacular return to the rotation can save a Cardinals team that seems to forget how to handle the bats. Losing 1-0 to the Reds is not about the Cardinals’ pitching.

Baseball is a tricky thing. It becomes even trickier when you’re in as tight a race for a division title as the Cardinals find themselves.

It’s a performance-driven world, and yet sometimes, even the performance isn’t enough if the results don’t match up. Individuals are held to staggering standards because they must be — successful individual performance is the only way to create successful team results.

The pressure, the length of the season, the challenge to be better than the guys in the other dugout … sometimes, it leads to slumps. Maybe it’s mechanical. Maybe it’s a guy trying too hard. Maybe it’s just the sort of battle baseball is made of. The trouble is, the Cardinals seem to be in a synchronized slumping pattern. END_OF_DOCUMENT_TOKEN_TO_BE_REPLACED

It wasn’t the rest of the lineup’s night, either. At least not like it had been the previous two evenings.

And the Pirates won, to boot.

No, it wasn’t the Cardinals’ night. But, they’re going to be better. Winning teams make adjustments. They take nights like last night and figure out how to avoid the same mistakes again. That’s the idea, anyway.

You know the best part about this road trip? It’s almost over. One game left today, and it’s over. You know what else? There’s absolutely nothing the Cardinals can do about the last 10 games. The wins were big. They were loud. Yet, the losses were louder. Even so, just like a good pitcher has to have a short memory, so does an entire team. END_OF_DOCUMENT_TOKEN_TO_BE_REPLACED