Wins are wins, thus wins are always good, but Sunday night’s 6-5 Cardinals win over the Pirates was frustrating.

Sure, there were good points from the offense — taking a 4-0 lead in the top of the first inning, Yadier Molina looking more like himself again at the plate with two hits and an RBI, the Cards scoring two more runs when really needed in the eighth (one courtesy of a Peter Bourjos RBI single in his first at-bat) — and, given the struggles with that part of the game this season, those were great to see. 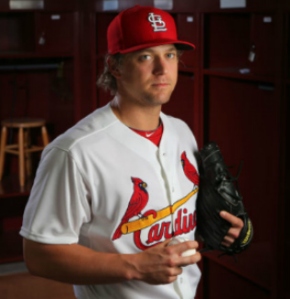 But the pitching was a different story — just good enough, obviously, even Shelby Miller against the Pirates, and maybe I’m supposed to be content with that, get my sparkly pompoms ready for the homestand and move on. But I’m concerned about Trevor Rosenthal.

Yes, he’s 10 for 10 in save opportunities. Impossible to have a better success rate than that.

But earning those saves has rarely been easy, especially lately. The last time he faced just three batters in earning a save was on April 25 in a 1-0 victory against this same Pittsburgh team, the day Shelby Miller vanquished his demons and finally beat the Pirates — four appearances ago.

In two of Rosenthal’s three saves since then, obviously including last night, he’s allowed a run — meaning thankfully there was a two-run cushion in which he could work. A week ago today in Atlanta, as the Cardinals had a 4-3 lead, there was no cushion when he allowed a lead-off single and walk before getting Justin Upton on strikes for the final out.

Last night it certainly seemed like his allow-guys-to-get-on-base-but-still-get-the-job-done-despite-all-the-panic-that-ensues strategy was finally going to blow. END_OF_DOCUMENT_TOKEN_TO_BE_REPLACED