“We are proud to enshrine this elite group of Cardinals whose outstanding achievements have earned them the honor of permanently joining the greatest names in Cardinals history in our Hall of Fame,” said Bill DeWitt Jr., Cardinals chairman and chief executive officer. “We congratulate each of them on this tremendous honor and look forward to celebrating their achievements in August during Induction Weekend.”

The St. Louis Cardinals Hall of Fame was established as a way to recognize the exceptional careers and significant achievements of the greatest players in Cardinals history, as well as those who have made exceptional contributions to the organization. To be eligible, players must have played for the Cardinals for at least three seasons and must be retired as a player from Major League Baseball for at least three years. The eligible pool of players is divided into two categories, modern players and veteran players. If a player retired more than 40 years prior to the induction year, he is classified as a veteran player.

END_OF_DOCUMENT_TOKEN_TO_BE_REPLACED 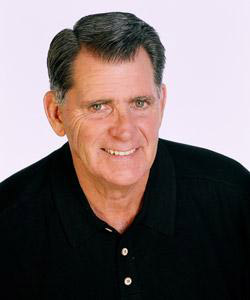 “Mike’s voice has become the soundtrack to St. Louis baseball,” said Cardinals president Bill DeWitt III. “We look forward to having him back in the booth this season and for years to come.”

As in years past, Shannon will join fellow broadcaster John Rooney for the majority of Cardinals games on KMOX and the Cardinals Radio Network (125 affiliates), with the exception of approximately 50 road games in 2014. Former Cardinals and FOX Sports Midwest personalities Rick Horton and Al Hrabosky will broadcast the games with Rooney in Shannon’s absence.

In addition to game duties, Shannon will continue his involvement with pre-game and post-game shows, call-in segments for KMOX during the morning shows throughout the year, and host the “Live at Shannon’s” show at Mike Shannon’s Steak and Seafood after every Tuesday and Friday home game starting on Friday, April 11.