During this interminable baseball off-season, looking ahead is common. We have to pass the time some way, right?

World Series predictions based on every free agent signing also are common, and happen every year. Remember when the Angels were going to win in 2012 after signing That Guy Who Used to Play First Base and C.J. Wilson? Or when the Nationals would win in 2013? The Dodgers in 2014?

Now it’s 2015, and we’ve already heard plenty about the Cubs (yes, the Chicago Cubs) going to the World Series this year — that’s what “Back to The Future II” said! And now Joe Maddon’s their manager! They signed Jon Lester! And the Vegas odds say so! Woo hoo!!!!

Yeah. We’ll see how that goes once they actually start playing …

Instead, I not surprisingly have a different perspective. The Cardinals will win the 2015 National League pennant this year and return to the World Series. END_OF_DOCUMENT_TOKEN_TO_BE_REPLACED

Really, that was a fitting ending.

Painful, absolutely. Who can’t help but feel sorry for Michael Wacha, pitching for the first time in 20 days and making his 2014 postseason debut in a tie game in the bottom of the ninth inning with a Giants pennant on the line if they win? 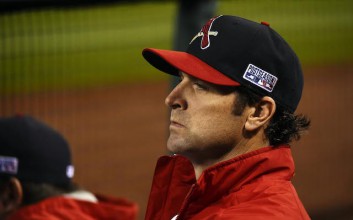 Wacha shouldn’t even have been in that situation — yet obviously he was. Because Matheny.

And what better way to end a 2014 Cardinals season filled with so many frustrating and infuriating and confusing decisions made by Mike Matheny that had no other explanation except “Because Matheny” than with a final “Because Matheny” moment?

The bullpen management in the past two games was just inexplicable. My Giants fan pal at work with compared Matheny’s rotating through all the relievers in Game Four to a little kid after trick-or-treating on his first Halloween: “Ooooh, this one! No, this one! Now this one!”

Now Game Five and using Michael Wacha in that situation.

Predictable ending? Unfortunately yes in that situation, though perhaps not with Travis Ishikawa delivering the final blow of a walk-off pennant-winning home run to send the Giants to the World Series (of course! It’s an even year!) to face the Cinderella-story Kansas City Royals.

Yes, Matheny has led the Cardinals to the National League Championship Series in each of his first three years as manager. Yes, the 2014 Cardinals won 90 regular season games and were NL Central champs for the second straight year. Yet I don’t believe even the most die-hard Matheny fan out there cannot say Mike Matheny regressed as a manager in 2014.

Ultimately, the season ended last night because of it.

Now I need to end this so I can leave for work. And if the Giant fan’s first words to me this morning aren’t “Thanks, Matheny!” I might have to punch him.

How’s your mood this afternoon, 18 or so hours after yesterday’s NLCS Game Three loss?

Mine is still bad. 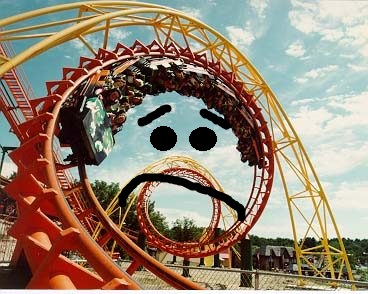 It wasn’t surprising I was angry about the outcome of last night’s game when I went to bed, even though it was tempered a bit after watching the Royals win. (No, I’m not a Cards fan who hates the Royals. I was a Cubs fan in 1985. I harbor no resentment, plus love a good story — and the 2014 Royals are a fantastic one so far.)

When I woke up this morning, I was still angry and continued to feel that way on my drive to work. My thought was the mood lingered because I knew I had to face the Giants fan at work — a lifelong, die-hard Giants fan who spent Monday and yesterday being mad about Sunday’s outcome.

Yet even after our talk — which literally was a water cooler conversation since he happened to be filling his water bottle when I was going to fill mine — my mood hadn’t changed one bit. I didn’t want to hear his concerns that Posey, Panda and Pence aren’t hitting — your team won the game! Gift-wrapped by Mike Matheny! And your team has had all kinds of gifts given to them this October — just be grateful!

Those were not my exact words — well, OK, some were, like maybe that last sentence. And maybe it wasn’t really a quiet discussion, since my friend in the office next to mine was laughing when I walked back.

END_OF_DOCUMENT_TOKEN_TO_BE_REPLACED

Presenting the top of the fourth inning, Cardinals vs. Giants, July 1:

Yes, the Cardinals loaded the bases with two hits and a hit-by-pitch off Tim Lincecum. No outs. Great opportunity! Then one out. Two outs. Three outs. No runs. Three left on base.

There it is, your 2014 Cardinals in a nutshell.

Even Timmy sounded a little surprised:

“I was hoping I could make them hit a double-play ball,” Lincecum added, “But they struck out, so it worked out.”

Speaking of opposing pitchers, the Cardinals finished their “Games Against The Guys Who Threw No-Hitters This Season” tour last night against Lincecum.

END_OF_DOCUMENT_TOKEN_TO_BE_REPLACED

Yes, it’s been a frustrating season so far for the National League Champion St. Louis Cardinals. I’ve found myself less enthusiastic about them for sure and, if we’re ranking our favorite Cardinals teams, at the moment they’d be near the bottom of those I’ve watched in my now-15th season as a fan.

Sure, I could just be affected by the Cardinals tremendous success they’ve achieved since I became a fan in 2000. We all are spoiled, and really do need to realize that if we don’t already.

But it could be worse.

Looked at the standings lately?

The World Series Champion Boston Red Sox are currently 38-45 and last night were no-hit by Jake Arrieta of the Chicago Cubs for 7 2/3 innings before losing to the Cubs 2-0 and finishing with just two hits. They’re in fourth place in the American League East, 6 1/2 games behind the division-leading Blue Jays and 7 games back in the AL wild card standings.

Then there are the Cardinals’ opponent for the next three games, the San Francisco Giants.

After going 19-9 in May, they had the best record in MLB at 37-20 on June 1 and a 7 1/2 game lead in the National League West, which grew to 9 1/2 games on June 8 … and has been falling ever since. Their record in June was 10-16, which included sweeps by the Nationals. Rockies, White Sox and Reds. The Dodgers win over the Cards on Sunday and the Reds completing a four-game sweep of the Giants put the two teams into a tie in the West, plus the Dodgers’ win last night while the Giants were off means the Cards will be facing the second-place Giants. Now, the Giants still are 10 games over .500 at 46-36, but they were 21 games over at one point.

END_OF_DOCUMENT_TOKEN_TO_BE_REPLACED

Quick, what’s the first word that comes to mind when thinking of the 2014 Cardinals? Underachieving? Frustrating? What-the-hell-is-up-with-these-guys? 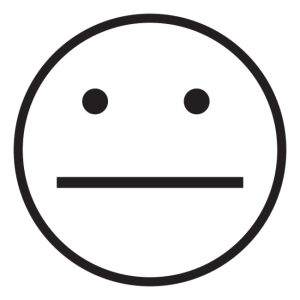 All are accurate, but I’m going with frustrating. That’s the exact word used by my Giants fan pal at work when he saw me yesterday: “It must be frustrating to be a Cardinals fan these days,” he said as a form of greeting after his team took three of four.

Yep, it is frustrating.

And, yep, pity from a Giants fan.

Beyond that, though, it’s now been 19 innings since the Cardinals last scored a run, during the seventh inning of Oscar Day on Saturday. Of course, even the excitement of Oscar’s arrival and debut game home run seem long gone by now, with the malaise of back-to-back shutouts by the Giants and the Royals and an offense of seven total hits, 12 strikeouts and 11 left on base combined from those games.

Hey, Cardinals, are you there? Do you guys even care?

I’ve been wondering that, both in watching these past two games and in reading a post from Scott Wuerz on his Cheap Seats Blog at the Belleville News-Democrat website, which begins like this:

I’m probably wrong. In fact, I hope I am wrong. But it just seems, from the outside looking in, that the St. Louis Cardinals have a bunch of guys on the roster who don’t really get all that excited about playing baseball.

I hadn’t really paid attention until the Arrival of Oscar Taveras, who smiled throughout his debut and seemed to be aware of the fact that he’s the life of the party. They go about their business and I’m not saying that they don’t work hard. But for too many of the Cardinals players it seems like it’s only business, no passion.

Accurate? Seems like it to me, just as a fan watching on TV. Wuerz probably has more insight, given he covers the team so is privy to more than what we see on television or from the stands at Busch. END_OF_DOCUMENT_TOKEN_TO_BE_REPLACED

My dad always used to tell me, “Opinions are like armpits – everyone has a couple, and they usually stink.”

Opinions on yesterday’s Yadi drama have been spreading like wildfire (thanks, social media) and very few of them are alike. Very few of them matter, either. So naturally, I’m going to add one more.

First, though, here are a few of the common opinions thus far:

The call was absurdly bad, and should be labeled as such.

KMOX’s John Rooney called it a “minor league call,” to which Mike Shannon responded with, “by a minor league umpire!”

(Clint Fagan is, in fact, a substitute umpire without much big league experience)

The TBS announcers agreed, saying the call was worthy of discipline from Major League Baseball.

The umpire should have a “feel for the game” that helps with understanding player reactions.

Bengie Molina, who was the acting first base coach yesterday made that very clear.

“That kid out there didn’t have a feel for the game,” he said. “Did he warrant being thrown out? I don’t think so. He threw a helmet. If you’re going to throw him out for that, then you’re going to have to throw out half the team because they get mad sometimes when they get an out or somebody made a good play.”

“He’s frustrated with himself, which happens every single day in this league, and the wrong decision was made … I just don’t understand how that call can be made if you’re not out looking for it — especially from a young umpire, it’s frustrating.”

END_OF_DOCUMENT_TOKEN_TO_BE_REPLACED 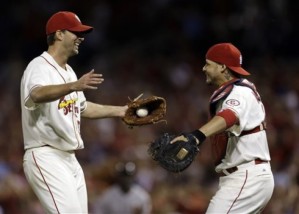