The bottom line: this … 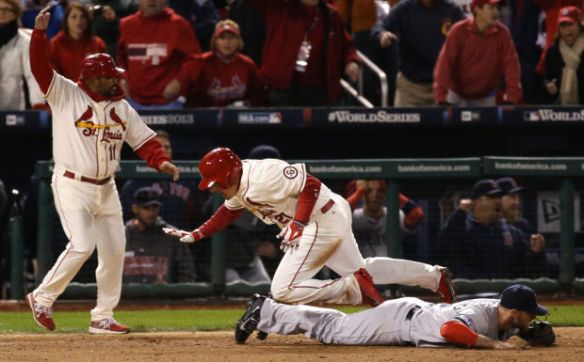 was obstruction, since it illustrated the very example given in the MLB rule book: 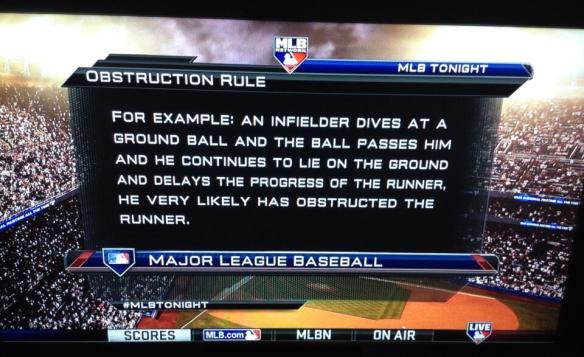 We as Cardinals fans are thrilled.

Baseball fans who understand the rules — and appreciate the umpires not only making correct calls but also having a press conference with Joe Torre after the game to further explain, by reading the rule book, how the correct call was in fact made — are pleased with the outcome, even if the ending was something none of us have ever seen in a World Series game.

Everyone else? Not happy, to put it mildly. Red Sox fans (and players) in particular.