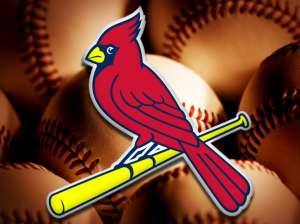 Busy week? (Yes, most definitely.) Here’s a look at some St. Louis Cardinals stories you might have missed in the last few days.

Cardinals Mourn Loss of Ernie Hays: The entire St. Louis Cardinals organization is saddened by the passing of Ernie Hays, retired Busch Stadium organist, on Wednesday night at the age of 77.

Hays’ sports music career began in 1971 when the Cardinals installed an organ in Busch Stadium II, and he quickly became a fixture at major St. Louis sporting events. Of course he’s best remembered for playing “Here Comes the King” (which you can hear here, and just automatically makes me think of Opening Day and the parade around the warning track). Read more on Hays here and here.

Tony La Russa wants hockey tradition in MLB: Remember back to the 2004 Dodgers-Cardinals NLDS — specifically the handshakes on the field between the two teams once the final game ended? It was Larry Walker’s idea (anyone else miss him?) and one that Tony La Russa wanted to see happen more often. He still does. (And is it a surprise that a Canadian newspaper is writing about it? Of course, it’s not like there is hockey to write about now, unfortunately …)

Tyrell Jenkins new Twitter avatar: So, yeah, this is interesting. And he still has the avatar too. Also, in case you missed it during the summer, Tara interviewed Tyrell for her Bandits Buzz series.

Rick Ankiel, pitching again? Compelling idea? Foolish idea? Whether it’s true or not, Joe Strauss is “hearing Ankiel is open to giving pitching one last shot since his market as a position player appears minimal.” More on that and other Cardinals questions from Strauss’s Wednesday chat are here. (Clicking the link is worth it just for the pic of Ankiel and his high socks. Ah, I remember those days well …)

Kolten Wong, Sam Freeman selected for Rising Stars Game: If you’ve been keeping up with the Arizona Fall League, you likely already know that both Kolten Wong and Sam Freeman were selected for this Saturday’s Rising Stars Game. Freeman has tendinitis in his left biceps, however, and has been shut down for the fall. If you have MLB Network, the game will be televised this Saturday at 7 p.m. Central Time. (Yay! Baseball on TV!)

Mr. October: No, this isn’t about that Mr. October — it’s about Joe Buck, from last week’s Sports Illustrated. And it’s really good.

2 thoughts on “Catching Up With The Cardinals: Friday Edition”