That game was very familiar for St. Louis Cardinals fans.

Barry Zito, who the Cardinals used to have success against, was once again dominant against them and allowed only three hits with three walks in seven innings pitched. It was reminiscent of what he did last October at Busch Stadium in Game Five of the NLCS — unfortunately. 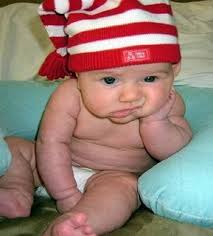 Just what did Zito do while he was in St. Louis to suddenly make him this good? Although it started before October, since yesterday’s Giants’ win was their 15th straight with Zito pitching.

On the positive side — not that it really mattered in the end since the Giants won 1-0 — Jake Westbrook only allowed an unearned run in 6 2/3 innings pitched, despite giving up six hits and six walks. The unearned run was the result of a rare error by Yadier Molina on an attempted sacrifice bunt by Zito. (Of course it was Zito, right?) That loaded the bases — Westbrook had given up both a walk and a single — for Angel Pagan, and Westbrook then walked him.

As for the Cardinals on offense, they only had one runner in scoring position during the entire game — in the seventh, when Matt Carpenter walked after an Allen Craig single. Craig was two for four, but that only increased his batting average to .238. As a whole, the Cards numbers on offense are looking pretty offensive right now, with the exception of Matt Adams. He’s only played one game — maybe it’s time to get him in another one.

And this afternoon is another game, and it should be a good one as Shelby Miller is making his season debut. Ryan Vogelsong pitches for the Giants — and hopefully the Cardinals will be able to stop the streak of Giants pitchers not allowing a run yet this season. It’s time.