It was a forgettable night for the St. Louis Cardinals all the way around.

Now, granted, you might have been like me and were switching back and forth between the game and the live news coverage from Boston. (And, if you were really like me, just finding the Cardinals game was a challenge on DirecTV since Fox Sports Midwest was tweeting out the wrong channel number for its Plus channel. Perhaps that should have been the first sign …) 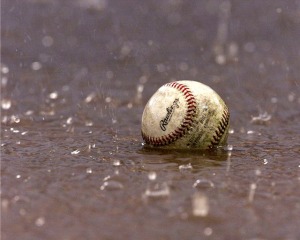 The curiosity began when the lineup to face the Philadelphia Phillies was announced. Well, sure, Yadier Molina needs a game off — fine. We all know he’s played every inning of every game so far. Interesting decision by Mike Matheny, though, to give him his first break on a night when Jaime Garcia was pitching and start Tony Cruz. Then again, we didn’t know if On-The-Road-Bad-Jaime was a bad memory from last year since Jaime was good in his only road appearance this season. So maybe it would all work well.

But then there was Matheny’s choice to play third base: none other than Most Hated Cardinal Ty Wigginton. (Seriously, I almost feel sorry for him. But only almost.)

So, with all of that in place, what could go wrong?

Well, OK, Jaime started out fine — retiring Jimmy Rollins and Freddy Galvis in the bottom of the first.

Next he wasn’t fine at all — he walked Chase Utley, gave up a single to Michael Young and allowed an RBI-double to John Mayberry.

And then came Ty Wigginton.

Yes, Wigginton made a wide throw to first for an error and, obviously, Jaime had already allowed a run to score but that mattered not at all. Two more runs scored on Wigginton’s E, Ben Revere tripled to score another run, Humberto Quintero doubled to score him, Roy Halladay — obviously the ninth batter of the inning — struck out to finally stop the madness.

The Phillies scored another run on a double and single in the second, then two more in the third on a combination of a walk followed by a single and a wild pitch before Jaime’s night was done. Eight runs allowed, with four earned, on nine hits with two walks plus three strikeouts — and now all the questions about his fragile psyche when pitching in a visiting stadium seem to be back in full force from the fans.

Things did get better after that pitching-wise. Fernando Salas, an interesting choice to start the fourth inning, allowed one hit and struck out two in two scoreless innings. Marc Rzepczynski pitched a scoreless, hitless inning with one strikeout.

For the Phillies, Roy Halladay looked more like Roy Halladay than he had so far this season and only allowed two hits — home runs by Carlos Beltran and Matt Holliday. He struck out six and walked two in seven innings.

Then the rains came.

Unlike Jake Westbrook’s good fortune of a delay in the third inning and then a cancellation, this time the rain came after the game was official — meaning this is merely a rain-shortened loss where everything counts. Final score was Phillies 8, Cardinals 2 in seven innings.

Damn the luck of Jaime. Surely the timing of the rain is Ty Wigginton’s fault as well. Right?

Oh well. Sometimes you lose. Sometimes it rains. Sometimes you win (to just completely rearrange those “Bull Durham” lines). Sometimes Ty Wigginton plays in a game. (He grounded out, struck out and walked, in addition to his error, so he obviously didn’t help anywhere.)

But the good thing about baseball: there’s another chance the next day. (Weather permitting, of course.) Game time is once again 6:05 p.m. on Fox Sports Midwest and MLB Network, with Lance Lynn and Cliff Lee starting.