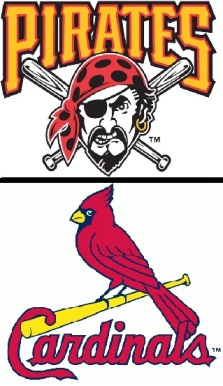 With the Pirates handily beating the Reds in last night’s Wild Card game, they are now set to return to face the team that snatched the division title out from underneath them. A team they’ve beaten 10 times this season, including four in a row during one abnormally difficult stretch for the now NLC Champs. The Pirates have been a thorn in the Cardinals’ side all season. And it’s not over yet.

Sure, the Reds would have likely been an easier challenge. They seemed to run out of steam about a a week ago. Not to mention, the Cardinals have fared far better against Cincy than Pittsburgh in 2013. Avoiding the pesky Pirates in another five-game series would have boosted the Cardinals’ chances.

But, as they say, if you want to be the best, you have to beat the best. And between Pittsburgh and Cincinnati? The best team is headed to St. Louis.

One more time this season, the Cardinals better be doing their homework on the Pirates.

Sure, they know this team. They know exactly how they’ve struggled against them. They seemed to figure it out for the final series against them at Busch. The strategy this time starts with, “Thank goodness Liriano pitched yesterday and we’ll only face him once.”

In all seriousness, though, that plus home field advantage are looking more and more crucial as the NLDS draws near. Francisco Liriano held the Cardinals to a staggeringly low .127 batting average, scoring just two runs off of the ace in 2013.

And that Pittsburgh crowd last night? Talk about the “10th man.” If you missed it, see for yourself.

Now that they opponent is confirmed, Mike Matheny and his staff have their work cut out for them. First, they must decide who makes the NLDS 25-man roster. That means making difficult decisions on who your starting pitchers are (already announced, Adam Wainwright will pitch game one, Lance Lynn will go in game two at home), what to do with Edward Mujica, who assumes what bullpen roles, what rookies make the team and what ones don’t, how many bench players to take … I don’t envy the guys in that meeting today.

They’ll have to decide between Shelby Miller, Joe Kelly or Michael Wacha to face the dreaded Liriano at PNC Park in game three. Which rookie will be less fazed by the crowd noise? Does Miller’s 0-4 record against the Pirates come into play? How about Kelly’s uncanny knack for winning in Pittsburgh when no one else could? How much can you count on Wacha to throw like he did in his last start, knowing this is all brand new to him?

Then, they have to prepare for A.J. Burnett or Gerrit Cole — a rookie the Redbirds have not yet seen. We know how that usually goes. He’s won four of five starts, with a 1.69 ERA in 32 innings. With a slider that used to be his strikeout pitch and a new, dominating curveball that is now his go-to pitch, the Cardinals will have their hands full. And that’s just in the first two games.

Good news is, the Cardinals pitching has been solid. Their hitting has rebounded from those terrible days at PNC. Their refusal to lose got them here… it can carry them through the Pirates one more time.

I don’t know about you, but I’m going to be a nervous wreck as this series unfolds. So, Cardinals, if you could just go ahead and win the first two at home, that would be great. Thanks.

…is it Thursday yet?