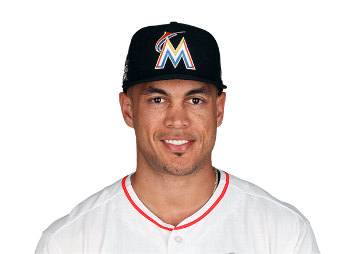 Happy Thanksgiving! I could be really cheesy and say something about how thankful I’d be if you’d become a Cardinal, but I won’t. I mean, I would be very grateful if everything works out — but I’m not going to be silly about it.

Anyway, congratulations on being the National League Most Valuable Player as well! And on your tremendous 2017 season. I actually watched your games quite a bit in the second half of the season, especially toward the end of September, and you guys were fun to watch at times — and the MVP award was well deserved.

Yes, my interest in the Cardinals definitely waned even further in 2017 — especially as September went along. Which is why one of the rare things I’ve written here this year was about being on board with the Cardinals trading for you, all the way back on Oct. 6. Everything I wrote nearly seven weeks ago is all still true. And, since the World Series ended and the hype machine about you being traded ramped up even more, you’ve been the most popular topic of baseball conversations I’ve had. As in, you’ve mostly been the only topic among my baseball pals at work — who are a Giants fan and two White Sox fans. And a non-baseball fan who sits by the Giants fan and now knows who you are too.

All this discussion about you is why I’m writing today.

I don’t know the process that follows the Cardinals making the formal trade offer for you, other than you’d need to be involved for the deal to become official. And while there’s plenty of speculation out there about whether you would or wouldn’t want to come to St. Louis and why you should or shouldn’t, there are a couple of points I’d like to make.

Like this is what you’d be a part of, if it’s up to you to decide whether you’ll become a Cardinal — an opening day that’s like no other, and a stadium atmosphere that’s like no other. Here, for example, is how the crowd at Busch Stadium welcomed Dexter Fowler this past April. Imagine that magnified even more for the kind of reaction you could expect on April 5.

Beyond that, you would energize the Cardinals fan base — myself included — which I wrote about in detail back in early October. All those points are still very valid — maybe even more so after watching the Astros win a truly enjoyable World Series and remembering the thrill and excitement that comes with reaching that pinnacle of success, along with being the envy of fans of all other teams.

Which brings me to my second point. You becoming a Cardinal would also both annoy and scare fans of other National League Central teams — here’s one Pirates fan, for example. And yesterday I had the chance to sit next to a Cubs fan at a day-long work meeting. I only see him a couple of times a year, as he helps us put on our work convention each February, and he’s been busy traveling and is not necessarily up on the latest baseball news since the World Series ended. So I happily filled him in on the trade talk involving you — and watched him literally squirm at the idea of you in a Cardinals uniform. Then, throughout the day, he kept mentioning you — which certainly was not a problem as far as I was concerned. The more he thought about it, the worse the idea seemed to him — which made it seem all the better for me. It’s been several years since fans of other teams really had anything to fear when it came to the Cardinals. I’ve missed that — and you can change that.

I’ll stop for now, other than to say you’d make a great Cardinal — and I’d love to be able to buy a brand-new Stanton Cardinals jersey. It’s something I’d absolutely wear with pride …

Okay, I guess I ended up getting a little cheesy after all. But it’s true.

Have a wonderful Thanksgiving!